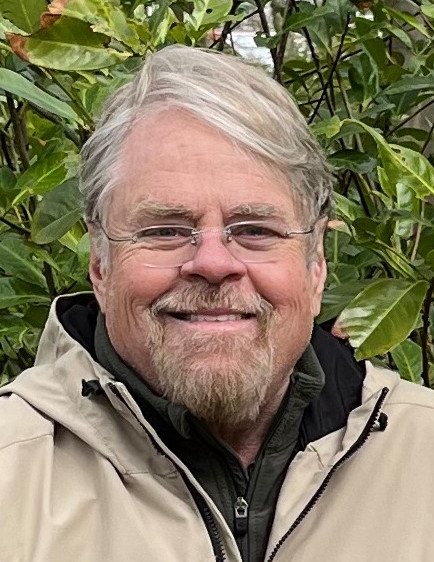 Our beloved Glade Erroll Baldwin returned home unexpectedly the result of a heart attack on June 12, 2022. Born on March 14, 1954 to Glenn and Lois Green Baldwin in Pocatello, Idaho, as the youngest of four children. Glade attended West High School and later Skyline High School graduating 1972 and enjoyed a wide range of scholastic activities, including cheerleading. Glade served as a missionary for the Church of Jesus Christ of Latter-Day Saints in the Belgium, Antwerp and Netherlands, Amsterdam mission from 1973-1975. His mission helped ignite within him the flame of a personal relationship with his Heavenly Father; a flame that was at times bright and clear, at times dim and vulnerable. But within Glade, he never allowed that flame to go out.

Glade graduated as a registered pharmacist from the University of Utah in 1980. He then began a 40-year career as a pharmacist in the Salt Lake Valley. He was the proud owner of Glade’s Thriftway Pharmacy, Apothecary West, and Hyland Pharmacy. He also owned Party Time gift store. Glade became the president of United Drugs which enabled small and independent pharmacies with competitive buying power, and operated one of the first compounding pharmacies in Utah. He worked tirelessly to set himself apart by building genuine and lasting relationships with his customers. Glade engaged with his customers on any number of topics, and always had more than a few jokes at the ready.

Glade married Ilse Rae Wightman in the Salt Lake Temple on February 18, 1979. They later divorced and remained good friends. Together, they had four beautiful daughters, whom they loved and cherished deeply. Glade taught them the value of hard work by giving them opportunities to work in his pharmacies

Glade’s love for family extended to his ancestors, as he had a unique way of telling stories about his pioneer predecessors that would make you feel as if he had known them personally. He proudly displayed portraits of his forebearers in his pharmacy and enjoyed sharing their stories.

Glade enjoyed playing the mandolin, an instrument he picked up in honor of his late sister, RoLayne. He played in a bluegrass band and at family gatherings. He also enjoyed ballroom dancing and hosted classes in his home. As a gifted linguist and avid traveler, it was his great passion to explore the world around him and the cultures he encountered. He had an unyielding thirst for discussion and debate, yet Glade was quick to smile and always focused on making each person he interacted with feel special and loved.

Funeral Services will be held Tuesday, June 21, 2022 at 10:00 am at Jenkins-Soffe Mortuary, 4760 So. State Street in Murray. To view a live stream of the funeral services visit

Click Here to Send a Meaningful Gift or Donation

To order memorial trees or send flowers to the family in memory of Glade Baldwin, please visit our flower store.