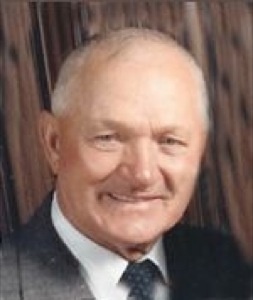 Moses Alvin Rowley, age 96, of Santaquin, Utah, died peacefully December 29, 2006. He was born June 20, 1910, in Colonia Pacheco, Chihuahua, Mexico, the eldest son of Moses Aaron and Maud Gurr Rowley. He married Myrtle Bigelow in the Logan LDS Temple, August 15, 1935. He spent most of his life in Orem, Utah, moving to Santaquin in 1975. He was an active member of the Church of Jesus Christ of Latter-day Saints and served in many leadership positions. As a young man he served a mission in Germany. When he and his wife retired, they served two full time missions in Arizona and Ohio. While living in Orem, Alvin served on the Orem Planning and Zoning Commission and on the Orem City Council. He was a member of the Big Bench Water Board and the Metropolitan Water Board. He had a great love of the land and was a farmer all of his life. He is survived by his children, Claude A. (Karen) Rowley, Santaquin, Ann Davis (LeRoy) Wagner, currently serving a mission in Nashville, TN, Barbara Jane (John) Wintch, Manti, and Philip B. (Shirley) Rowley, Santaquin; 27 grandchildren, 80 great grandchildren and 5 great great grandchildren; two brothers, Reed, of West Mountain, Norman, of Basin City, Washington, and one sister, Margaret Robinson, of Orem. He was preceded in death by his wife, Myrtle, a son-in-law, Leland Davis, 3 grandsons, Todd Davis, Jon Rowley and James Wintch, one great grandson, Christopher Rowley, 5 brothers and 3 sisters. Funeral services will be held Tuesday, January 2nd at 11:00 a.m. in the Santaquin LDS Chapel located at 90 South 200 East. Friends may call Monday from 6:30 to 8:30 p.m. at the Holladay-Brown Funeral Home, 66 South 300 East, Santaquin, and Tuesday from 9:45 to 10:45 a.m. at the church. Interment will be in the Santaquin City Cemetery. In lieu of flowers, memorials may be made to the General Missionary Fund of the Church of Jesus Christ of Latter-day Saints.

To order memorial trees or send flowers to the family in memory of Alvin Rowley, please visit our flower store.