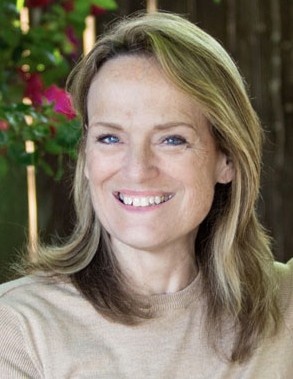 Andrea Lee Morgan Densley, 64, passed away July 16, 2020 in Shelton, Washington.  She was born in Seattle, Washington on September 20, 1955 to Wesley and Nellie Borgeson Morgan.  Her legacy will live on through her children, grandchildren, and all who knew her.  She brought joy to all she met.  Family and faith were important aspects of her life, and her example, always with a smile, of perseverance and strength, will always be special to her children, grandchildren, and family.

Andrea had many gifts and passions; music, drama, vocal performances, art, fashion, and costume design, and serving others.  For twenty one years, she sang and played flute with Swing Fever, a popular dance band that performed in the Seattle, Washington area for charity functions and balls.  She was also an elementary art specialist for kindergarten to second grade.  She attended Brigham Young University (BYU) studying Fashion Design.  Working her way through school, she was employed in the University Costume Shop.  There she met James Richard Densely, who was employed in the same area.  James served a mission, and after his return married Andrea in the Provo, Utah Temple.  While at BYU they were blessed with a daughter and a son, James Richard Densley Jr., who passed away shortly after his birth.  He was buried by his Borgeson great-grandparents in Santaquin.

Andrea was loved wherever they lived and with her husband raised talented children.  She did have some difficult health challenges to overcome, one being a paralyzed vocal cord from an operation for thyroid cancer.  She was told she would never sing again, but didn’t give up.  Searching for help, she finally found a physician whose recent research was beneficial.  Prayer, hard personal work, priesthood blessings, and faith restored her beautiful voice.  Her view of life was to “Find joy in the forward journey.  Know that you are not alone, and trust that there is a way through.”

A short ceremony will be held at the graveside in Santaquin City Cemetery Thursday, July 23, 2020 at 11:00 am.  A memorial service will be held later in September.  In lieu of flowers, donations in her honor to the American Cancer Society would be welcome.  The family is also happy to receive thoughts and memorial notes at their home in Shelton, Washington.

To order memorial trees or send flowers to the family in memory of Andrea Densley, please visit our flower store.