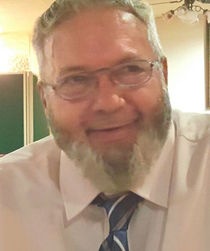 Arthur Melvin Cornish, age 68 of Eureka, died April 6, 2017 surrounded by his loved ones at the Davis County Hospital.

Art was a veteran of the Vietnam war and received several medals.  He worked at Dugway until his retirement.  He then started the first food bank in Eureka, Utah.  He was also a crossing guard in Clearfield, Utah and served on the citizen patrol until his passing.

He was a member of the Church of Jesus Christ of Latter-day Saints, serving in many callings.  He enjoyed fishing and being with his family and friends and serving others.  He was well liked by many and will be missed by all.

We would like to thank Davis County Hospital, Hospice and a very special thanks to Chris and Andrea Kay for taking such great care of our father.

Funeral services will be Monday April 17, 2017 at 11:00 am at the Eureka LDS Church where friends may call from 9:30 to 10:45 am.  Burial will be in the Eureka Cemetery with military rites by Santaquin American Legion, Post 84.
To order memorial trees or send flowers to the family in memory of Arthur Cornish, please visit our flower store.