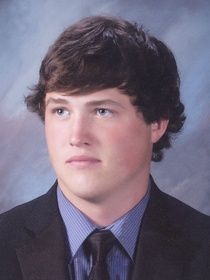 Our handsome, happy, loving son and brother Austin Bart Cooper passed away in his parent’s home after a long battle with drug addiction on February 5, 2014 at the age of 23.  He was born on March 28, 1990 in Provo, Utah to his parents Barton Keith Cooper & Rebecca Sue Blackson Cooper.

Austin graduated from American Fork High in 2008 where he excelled in football until injuries put him on the sidelines.  He also sang in the men’s choir as a very good tenor.  He loved music, loved to sing and was very good at it.  He was loved by all of his friends and those who knew him for his sense of humor, his charisma, smiling face, friendly and loving personality and was known for big hugs that made you really feel loved.

He was raised a member of The Church of Jesus Christ of Latter-Day Saints and had a testimony of the gospel.  Despite the addiction problems he tried to be a good person and live the church’s teachings.  Many said he was a born leader full of potential but never got to put it into practice with his drug battles taking over his life.  He loved to work to feel a sense of accomplishment, feel productive and he was a very hard worker.  He was  making strides to get his life in order so he could be a good example for his young son Chance whom he loved dearly so he could raise him with love and be a great father for him.

We will miss him greatly but will remember his big smile, warm embrace and his “I love you”, which he expressed regularly.  We look forward to the day when we will be reunited with him in the next life in the presence of our Savior.  We know for a surety that The Lord called him home to stop his suffering and that he is now making strides towards eternal exaltation in the spirit world.  Our love and appreciation goes out to all who have provided love and support to us during this very difficult time.

Austin is survived by his parents Bart & Rebecca Cooper, sisters Heather Gifford (Matt), Maquel (19) his brother Tyson (15) and his son Chance (19 months).  A viewing will be held on Friday February 14th from 6-8 pm at the American Fork West Stake Center at 579 N 680 W American Fork.  A viewing will be held prior to the funeral on Saturday February 15th from 9:30-10:30 at the same location and the funeral will start at 11 am.  The interment will be at the new north portion of the American Fork Cemetery located at the NE corner of the intersection of 100 W 700 N in American Fork.  In lieu of flowers we would appreciate donations sent to any branch of UCCU under donation account #1290034 for Austin B Cooper to help with funeral costs and financial assistance for his son Chance.

To order memorial trees or send flowers to the family in memory of Austin Cooper, please visit our flower store.