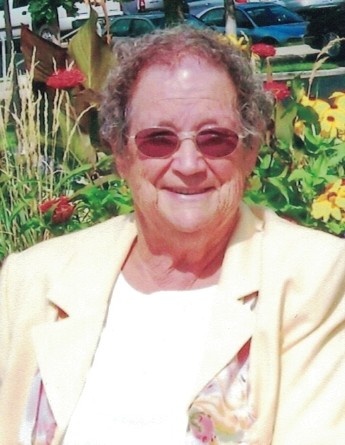 Barbara Jean Beery Horton, 85, died December 28, 2020 at her home in Goshen, Utah, surrounded by family, after battling a long illness. She was born on June 23,1935 to Percy Carlyle Beery and Thelma Mae Buys, in Eureka, Utah.  She attended school in Eureka where she played many instruments in the band. Barbara’s mother, Thelma, passed away when she was two years old. She was then raised by her father and grandmother Beery. When she was eight years old her grandmother Beery passed away. Barbara continued to be raised by her mother’s parents.  She married Max Owen Horton of Goshen, Utah on August 14, 1952. Their marriage was later solemnized in the Manti temple. The couple made their home in Goshen, Utah where they raised their four children.

Barbara was musically gifted and could play many instruments by ear.  She loved gardening and loved spending the summer months out in her garden. She was a talented seamstress. Barbara was a very good cook.  She was an amazing candy maker.  She loved making the neighborhood cookies for every holiday of the year. The neighbor’s were known to say, “Don’t make Barbara mad or we won’t get our Halloween cookies.” Barbara was loved by all who knew her, she was known for her sweet and kind disposition.  Even in her final days of Alzheimer’s she kept her bubbly personality and her kind heart. Barbara was a honorary grandmother to every kid in the neighborhood. Barbara was a member of the Church of Jesus Christ of Latter Day Saints where she held many positions.  She loved the gospel and her Savior, Jesus Christ.  She especially loved her family, her grand kids and her great grand kids. Not being raised by her biological mother she was determined to always put her family first and always be there for her family.  Barbara embraced motherhood with the power of Angels as she was the best mother and grandmother. She loved the holiday’s with her family.  She threw big parties for her family for every holiday. She made childhood magical. She was the happiest when she was with her family.  Barbara was a very hard worker.  She worked from before the sun came up and after the sun went down. She worked hard up until the day her legs quit working for her.

Due to the corona virus the family will have a family viewing Monday, January 4, 2021 at 10:00 am at Brown Family Mortuary in Santaquin . Though it will be for family we will not turn anyone away who wants to say goodbye. Please wear a mask and social distance.  A graveside service will follow with the family at the Goshen City Cemetery at 11:00 am.

To order memorial trees or send flowers to the family in memory of Barbara Horton, please visit our flower store.