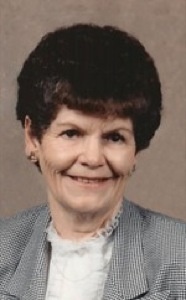 Barbara J. Sorensen, 85, of Eureka, passed away Sunday, April 26, 2009 with her loving daughter Penny at her side. Barbara was born December 4, 1923 in Creston, California to Ralph and Magdalene Whitten Jefferson. She moved to Eureka with her mother when she was a young girl. Her mother passed away when Barbara was 12 years old. She then lived with her foster parents, Axel and Minnie Wahlberg throughout her school years at Tintic High School. She married the love of her life, Earl Pete Sorensen, January 16, 1942. The had two children, Max Pete and Penny Jean. She was preceded in death by her husband Pete February 26, 1998 and her son Max December 30, 2005. She loved her "Little Red House" in Mammoth where they raised their family. In July of 1975 they moved to Eureka. Barbara was a member of the LDS Church. She enjoyed going to her Thursday afternoon Card Club with her friends from Mammoth and Eureka. She is survived by her daughter, Penny (Ray) Dean, of Grantsville; daughter-in-law, Julie Ann Sorensen, Eureka; brother, Joe (Cheryl) Wahlberg, Mammoth; five grandchildren, Denise, Edward, Mark, Paula and Andrea; ten great grandchildren; and many nieces and nephews. The family would like to express their heartfelt thanks to the Beehive Home in Tooele and Harmony Hospice for their tender care. A viewing will be held at the Holladay-Brown Funeral Home, 66 South 300 East, Santaquin, on Wednesday, April 29th from 6 to 8 pm and Thursday from 10 to 10:45 am. Graveside services will be held on Thursday, April 30th at the Santaquin City Cemetery at 11:00 am. Condolences may be sent to the family at www.holladaybrown.com

To order memorial trees or send flowers to the family in memory of Barbara Sorensen, please visit our flower store.