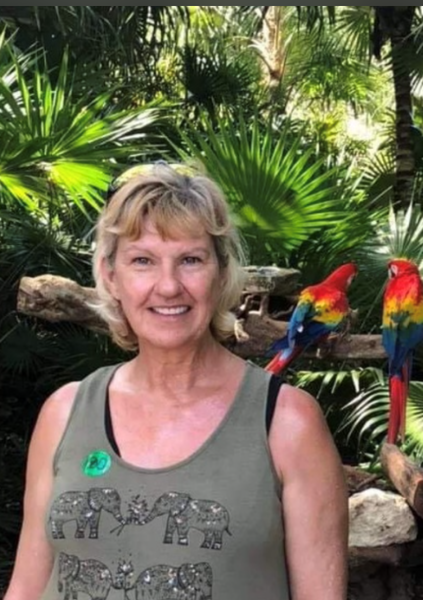 Barbara Jean (Wanamaker) Stocking, 54 resided in Goshen, Utah and passed away April 8, 2021 at her home surrounded by her loved ones from cancer.

Barbara was born August 26, 1966 in Denville, New Jersey to John and Helen Wanamaker. Barbara lived with her family in Hopatcong, New Jersey until she was 13 years old and then she moved with her family to Gooding, Idaho. Barbara went to high school in Gooding and later received her GED.  While living in Gooding, she had 9 beautiful children in which they lived on the family farm raising calves, pigs, and many other animals with her partner Doug Livingston while also working many jobs including McDonald’s, house-keeping, CNA, and making pizza, but also liked to get out and go gambling in Jackpot, Nevada.

Barbara later met her soulmate James Stocking while working in Hailey, Idaho in late 2001. They later moved to Utah in 2002 and welcomed a beautiful baby girl in 2003. She continued her working career at McDonald’s until 2020 as a Certified Manager.

Barbara loved having big family gatherings in which she loved preparing and cooking great food for others she loved. Some of the great adventures she loved were camping, boating, fishing, hunting, holidays (especially Christmas), and her trips to Wendover, Nevada to gamble. She was one lucky person when it came to gambling.

Barbara is preceded in death by her parents John and Helen Wanamaker, grandparents, and great grandparents.

To order memorial trees or send flowers to the family in memory of Barbara Stocking, please visit our flower store.