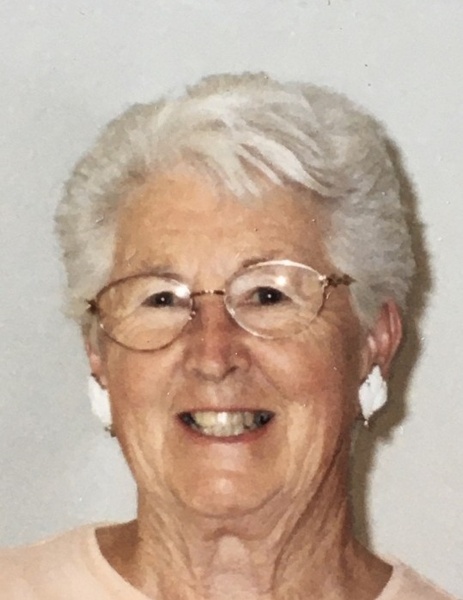 
Beverly Ann Buxton Morgan passed away July 25, 2021 at her home surrounded by her family. She was born August 13, 1930 at the Curtis Hospital in Payson, Utah to Milton Lewis and Zelda Steele Trotter Buxton. She lived in Goshen most of her life. She graduated from Payson High School and LDS Seminary in 1948. She married Harold Samuel Morgan August 29, 1948 at her families farm home near the mouth of Goshen Canyon. They were blessed with two daughters, Hallie Morgan and Callie Morgan Howell Curry (Mark) and two sons, Kris S. Morgan (Pamela), and Kit B. Morgan (Carla). Her husband Harold (Hal) passed away October 10, 1993. Beverly was blessed with 9 grandchildren; Heather O'Driscoll (Allan), Meisha Jones, Josh Jones (Dawn), Richard Morgan Howell Jr., Andrea Howell Cooper, Thomas Keane Curry, Kourtney Morgan Munster, Brooke Morgan Madsen, and Chase B. Morgan. It was not unusual for her to have all her grandchildren staying with her while they were entertained on the old 3-wheeled Honda, playing in the irrigation water, swimming in the pool, and playing on the trampoline. She is also survived by 24 great grandchildren; Micheal, Christine, Erin, Benjamin, Gage, Cashmere, Brandis, Myka, Mya, Shai, Jema, Ashton, Mikayla, Jacob, Korbin, Keldon, Thayne, Ady Mae, Josie Jay, Addison, Hagen, Mylee, McQuaid, and Axl. Also surviving is a sister, Lorna B. Hannifin (Tim) Eureka, Utah and a brother, Larry M. Buxton (Lynn), Vashon, WA. She was preceded in death by a brother, Maston Trotter.


Beverly retired from the Nebo School District after 31 years as the School Lunch Manager at Goshen Elementary School. During this time she learned most of the children’s names and faces that attended elementary school. After she retired she spent her time taking care of her yard, her family, and helping people in town that needed help—any time, every time. She was a life-long member of the Church of Jesus Christ of Latter-day Saints, serving in many auxiliary callings including 20 plus years as an ordinance worker in the Provo Temple.

To order memorial trees or send flowers to the family in memory of Beverly Morgan, please visit our flower store.