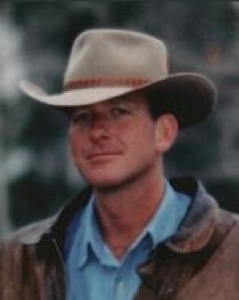 William (Bill) Jolley Penrod, 48, passed away August 6, 2007 in Salt Lake City. He was born September 18, 1958 in Payson, Utah to William G. and Ilene Jolley Penrod. Bill grew up in Elberta, attended school in Goshen and graduated from Payson High School. He was currently employed by Western Research. He was a gifted public speaker. He loved to cook and garden taking pride to be the first with ripe tomatoes. Bill was a loving compassionate person and made friends wherever he went. He will be remembered for his spontaneous and sharp sense of humor and his hard work ethic. He is survived by three sisters, Patricia (John) Sloan, Sandy, Kathryn (Kay) Gates, Elberta, Joyce (Terry) Spencer, Riverton, and two brothers, Richard and Paul Penrod, both of Salt Lake. He found joy in gathering with his 16 nieces and nephews and the 16 grand nieces and nephews. He is also survived by many supportive friends. He was preceded in death by his parents. Funeral services will be Saturday, August 11th at 11:00 a.m. at the Holladay-Brown Funeral Home, 66 South 300 East, Santaquin, where family will greet friends one hour prior to services. Burial will follow in the Goshen City Cemetery

To order memorial trees or send flowers to the family in memory of Bill Penrod, please visit our flower store.