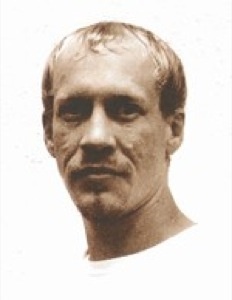 Blaine was raised and attended school in Eureka and received his GED High School diploma from UVU. He enjoyed camping, 4-wheeling, hunting for arrowheads and repelling. He especially loved the kids.

He is survived by his mother, Nadine (Richard) Rothe, of Eureka; a sister, Kathy (David) Colonge, Safford, Arizona; brothers, Jeril (Jody) Carlson and Darrin (Rachel) Carlson, all of Eureka; 6 nieces and nephews, RaeLe, KayAnn, Arnold, Clarissa, Gabriel, and DJ; Misty and her children, Jewel, Riley and Nikka. He was preceded in death by his father, Arnold.

Funeral services will be held Thursday, April 23rd at 11:00 am at the Eureka Elks Lodge. Friends may call at the Holladay-Brown Funeral Home, 66 South 300 East, Santaquin, Wednesday from 6 to 8 pm and Thursday at the Elks Lodge one hour prior to services. Burial, Eureka Cemetery.

To order memorial trees or send flowers to the family in memory of Blaine Carlson, please visit our flower store.