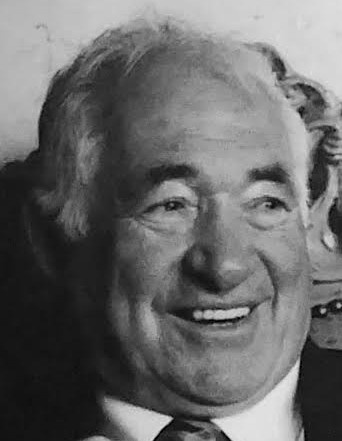 Blaine Davis Hales, 89, a long-time resident of Mapleton, Utah was reunited with his wife LaVonne Joyce Dugan Hales, on Thursday August 26, 2021.  Blaine finished his “trip”, peacefully, during his sleep, due to conditions incident to his age, in Payson, Utah.  Blaine was born in Mapleton, Utah on August 6, 1932, to Reid Mendenhall Hales and Maxine Davis.  His mother passed away before he turned two and then the role of mother was filled by Zora Velein Draper when Reid remarried later that year.

Blaine always had a love for animals and was very active in the Future Farmers of America (FFA) and received many awards for his sheep and cows.  Blaine was gifted in speaking and was a natural leader – even while still a teenager, he served as acting Scoutmaster, for over 30 scouts.  Blaine graduated from Springville High School in 1951 where he was active in sports and student government – skills that he applied throughout his life.

Blaine was drafted into the US Army in 1953.  While serving in Washington, he met and married Lavonne Joyce Dugan, a student nurse.  They were married in Coeur d’Alene, Idaho on October 2, 1954, and were later sealed in the Los Angeles Temple.  Following his service, he returned to Logan, Utah, graduating in 1958 with a degree in agriculture.

With his degree completed, Blaine took a job with the United States Department of Agriculture in Southern California, working in the poultry division, grading millions of eggs.  He learned how to make quick and accurate decisions.  He soon attracted the attention of other employers and earned a management position with the Federal Land Bank.  After working for a few years in Berkley, California he recognized that he did not like the many hours his job required him to be away from his home nor the influences of California lifestyle on his young family. He transferred to the Federal Land Bank in Provo, Utah.  In doing so, he took a considerable loss in salary but made a huge investment in his eternal family.  After 6 years with the Provo Federal Land Bank, he started his own successful real estate & appraisal company.

Blaine is a lifetime member of the Church of Jesus Christ of Latter-day Saints and will be remembered for his love of the principles of the gospel, especially those related to families.  He loved family home evening and took great satisfaction that the tradition of family home evening has been perpetuated with his posterity.

Blaine & LaVonne are the parents of 6 children:  Carrie (Ed) Carlson of Mesa, Arizona, Randy (who died in Logan after just 1 day), Blaine (Sue) of Spanish Fork, Renwick (Brenda) of Mapleton, Shauna (Troy) Allred of La Center, Washington, and Kent (Jana) of Sierra Vista, Arizona.  They were later able to welcome JoAnne (Oscar) White of Chinle, Arizona into the family as well.

Funeral Services will be held 11:00 a.m. on Thursday September 2, 2021, at the ward building at 475 North 1600 West.  A viewing will be held that same day beginning at 10 a.m.  Interment will be at the Springville Evergreen Cemetery.


Send a gift or donate to the family

To order memorial trees or send flowers to the family in memory of Blaine Hales, please visit our flower store.