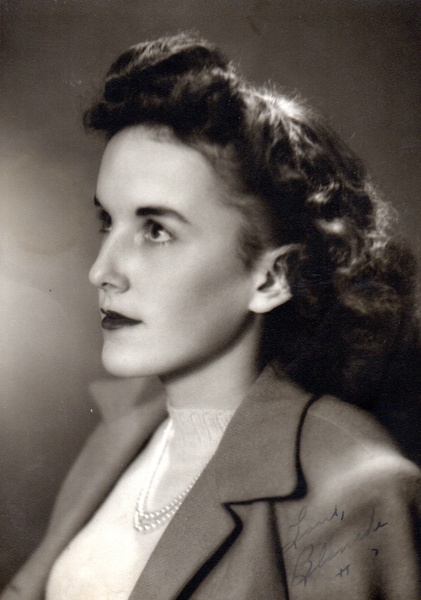 Her family was a very religious family and members of the Baptist church. Her grandfather, Robert Andrew Whiteley, was a Baptist Minister. She grew up on her family’s farm doing many chores riding on her favorite horse Old Fancy helping her father as her family consisted of six girls and only one boy.  In September 1943 Blanche moved with her family to Twin Falls Idaho where she graduated from Twin Falls High School in 1945. She married Robert Sanders Pratt on September 7, 1947 in Twin Falls, Idaho.  They raised five children, three sons and two daughters living in Burley, Jerome and Twin Falls.

Blanche joined the Church of Jesus Christ of Latter-day Saints on March 20, 1951. They were sealed on May 23, 1956 in the Idaho Falls Temple.  They moved to Salt Lake City, Utah in 1960, then to Tooele, Utah in 1962. She worked for Tooele City a total of thirty two years in various capacities. Twenty of those years she was Tooele City Treasurer. She was an outstanding accountant, excellent record keeper and truly enjoyed her years working there.

She was an active member of the Church of Jesus Christ of Latter Day Saints holding many positions in the Relief Society, Primary, and Genealogy and Family History. Researching family history brought her great enjoyment.  “Bob and Blanche” were always together holding hands and being of service to others.  She was of great support when Robert served as the Bishop of the Tooele 15th Ward and together they served a mission in St. George Utah from 1988 to 1989. She served as an ordinance worker in the Jordan River Temple for nine years.

After the death of her husband she moved to Santaquin, Utah where she was beloved by all who knew her. She died peacefully on November 13, 2017 in Springville, Utah surrounded by her children and family. We will miss her southern accent, her example and her guidance as the spiritual leader in our family.  Her journal attests to her true talents as a record keeper and will be treasured by her posterity.

Click to download / open
To order memorial trees or send flowers to the family in memory of Blanche Pratt, please visit our flower store.