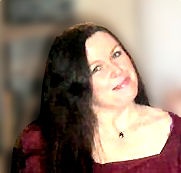 Bonnie Joyce Rhoades Robertson of Springville, Utah passed away suddenly Saturday, February 17, 2018. She was the seventh of nine children. She was first married November 9, 1973 and subsequently gave birth to eight children. She was divorced and later married Earl Robertson Jr. of Danville, Iowa on March 15, 2003.

Bonnie was a great joy to her family and will be deeply missed.

To order memorial trees or send flowers to the family in memory of Bonnie Robertson, please visit our flower store.