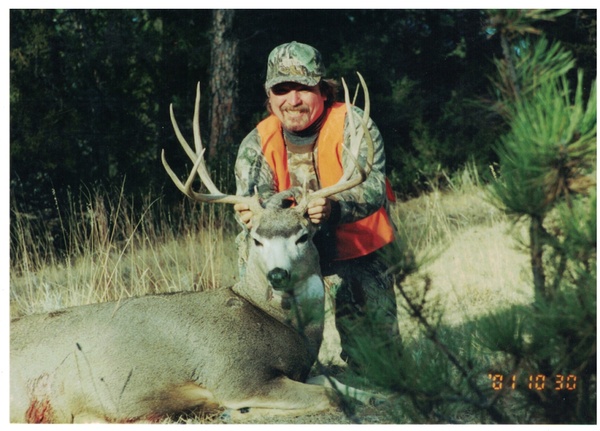 Our beloved husband, father, grandfather, and brother went home to be with Jesus on May 13, 2020. Brad Spencer gave esophageal cancer a good hard fight, he was 66.

Brad was born August 12, 1953 in Payson, Utah to Arlyn Spencer and Violet Josephine West. After graduating from Payson High School in 1971, Brad began his trade in drywall. Brad met René Turpin in 1988 and they were married March 3, 1990. Together they built a successful business, Spencer Drywall Inc.

Brad taught all of his children to work hard and be honest, along with teaching his sons and son-in-law the drywall trade. Brad’s company grew to over 60 employees, which won him an award presented by Governor Michael Leavitt, as one of the fastest growing companies in Utah for 1996. Brad also received several awards from the Parade of Homes. Brad gave back to the community by helping troubled young men learn a trade. He also donated his time and talent to building the Payson Bible Church.

Brad loved hunting, fishing, and trapshooting. He was a member of the Amateur Trapshooting Association and made the state team at least 6 times, even while fighting cancer. Brad was also a member of the Spanish Fork Gun Club where he donated much of his time.

Brad’s greatest joy and accomplishment was his 5 children; their spouses and his 10 grandchildren; Corey (Jen) Spencer, Beth (Jamie) Serrano, Bradee Spencer, Krystle Enneper, and Bradlee (Brandi) Spencer. He was so proud of them, especially how they took care of everything when he became ill. They stayed by his side caring for him until the Lord took him home.

After Brad put his trust in Jesus alone for his salvation, he enjoyed sharing his faith with his friends by giving them books and tracts to read. Brad will truly be missed by so many but our trust and hope is in Jesus and we will see him again.

A graveside service will be held Monday, May 18th at 11:00 AM at the Payson City Cemetery.

To order memorial trees or send flowers to the family in memory of Bradlee Spencer, please visit our flower store.