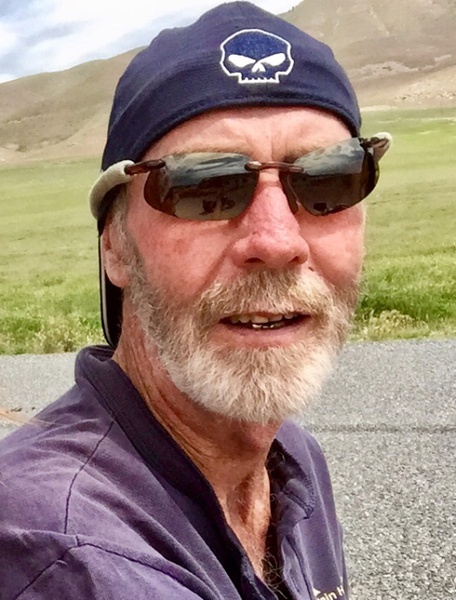 Brent grew up on the family farm in Spring Lake where he did his share of milking cows, hauling hay and other chores. He learned the value of hard work and carried that with him throughout his life.

He graduated from Payson High School in 1970 where he was active in rodeo and FFA. He attended Snow College and was a member of the Church of Jesus Christ of Latter-day Saints.

Brent worked for Eaton-Kenway, Geneva Steel and Boilermakers Local 182. On his final job as a boilermaker he worked on the world’s largest solar thermal facility in Ivanpah Valley, southwest of Las Vegas in the Mojave Desert.

Brent was blessed with a large extended family and enjoyed going to family reunions. He was always willing to babysit his nieces and nephews when he was growing up. He made life-long friends and will be missed by many including his shop buddies Ernie Gonzales and Joe Bailey.

He enjoyed rodeo, skydiving, hunting and riding his Harley. When he retired in 2014 he was finally able to be a full-time “farmer”. He spent endless hours with his sons building fences, gates, sprinkling systems and barns. His father, Grant, would have been proud of the alfalfa crop they grew every year.

Brent died at home on December 20, 2019. He is survived by his wife, four sons, 3 grandchildren, 4 of his 5 siblings and their spouses and children, brother-in-law Jerel Christensen, and many life-long friends.

To order memorial trees or send flowers to the family in memory of Brent Lyman, please visit our flower store.