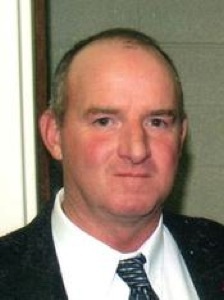 Brent Eugene Stevenson, 56, passed away November 15, 2011 at his home in Santaquin wrapped in the loving arms of his eternal companion. He was born April 27, 1955 in Aurora, Colorado to Dale Floyd and JoAnn Bradford Stevenson. He married Marianne Ross June 19, 1981 and was sealed for time and all eternity on November 8, 2011.

Brent owned his own electrical contracting company, was a hard worker, honest in his dealing with his fellow man and generous with those in need. He loved the outdoors where he spent time hunting, fishing, and trapping with his father-in-law LaVon. He and Marianne enjoyed traveling with their many friends. Brent is an active member of the LDS Church and a wonderful father. His family always came first.

Funeral services will be Saturday, November 19 at 11:00 a.m. at the Old Stake Center, 90 South 200 East, Santaquin. Friends may call at the Holladay-Brown Funeral Home 66 South 300 East, Santaquin Friday 6-8 p.m. and Saturday at the church from 9:30 to 10:45 a.m. Burial will be in the Santaquin City Cemetery. Condolences and memories may be shared with the family at www.holladaybrown.com.

To order memorial trees or send flowers to the family in memory of Brent Stevenson, please visit our flower store.