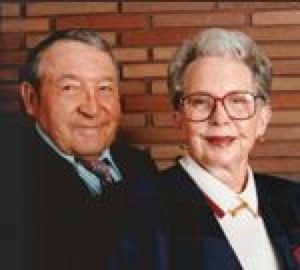 Charles Ray Cook, 84, died April 6, 2007 in Payson, Utah. He was born July 30, 1922 in Goshen, Utah to George A. and Eva Luella Jensen Cook. He married Betty Gillespie September 18, 1946 in Eureka, Utah. She passed away November 19, 2005. Ray was a veteran of WWII. He worked at the Burgin Mine and retired from Kennecott in 1977. He was a member of the LDS Church. He loved living in Goshen and had served as a city councilman and police officer. He was a member of the Goshen Riding Club and loved attending horse auctions. He was a master horse trader. He had a sharp mind full of information. He will be especially missed by his grandchildren and his morning coffee buddies whom he dearly loved. Ray is survived by his children, Judith (Rand) Wightman, Eureka, George R. (Jan) Cook, No. Salt Lake, Patricia (Terry) Wilde, Goshen; 8 grandchildren and 8 great grandchildren; and a sister, Sybil McCormick, Los Angeles. He was preceded in death by his loving wife of 59 years, a sister, June Williams, and brothers Harry and Blaine Cook. A viewing will be held Monday, April 9th from 6 to 8 p.m. at the Holladay-Brown Funeral Home, 66 South 300 East, Santaquin. Graveside services will be Tuesday at 1:00 p.m. in the Goshen Cemetery with military rites by Goshen American Legion, Post 123. The family would like to thank Dr. Bingham, the nurses and staff at Mountain View Continuing Care and the Physical Therapists and a special thanks to Lindsay and Troy Fairholm for their loving care of Ray.

To order memorial trees or send flowers to the family in memory of C. Cook, please visit our flower store.