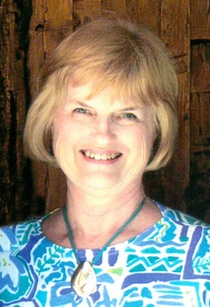 Caren (Cosgrave) McIntyre, age 70 of Wichita, Kansas died Wednesday, December 21, 2016.  Caren was born in Dallas, Texas on September 18, 1946.  She graduated from BYU with a degree in English.  Earl and Caren married for all eternity in Salt Lake City on April 2, 1969. The young family spent a few years in Maryland, then moved to Wichita in 1978.

Caren was a giving, caring mother and wife. She loved reading, writing, traveling, and especially spending time with her many friends. Caren brought a fun spirit of enthusiasm and cheer to her family and friends as she served her community with Interfaith Ministries, American Mothers, and Dress for Success organizations. She also served as the President of the women’s group in her church, taught the youth in an early morning seminary, and served a year as a missionary in the Dominican Republic.

Caren was a great friend, and was loved by all who knew her. She had enduring faith in her Heavenly Father and His Son, Jesus Christ, which was nurtured by her parents and continued to grow throughout her life.

Funeral services will be held Wednesday, December 28, 2016, at The Church of Jesus Christ of Latter-day Saints in Wichita, Kansas. Interment will be at Eureka, Utah City Cemetery Saturday, January 7, 2016 at 2:00 pm under the direction of Brown Family Mortuary, Santaquin, Utah.

In lieu of flowers, a memorial has been established with the American Cancer Society, P.O. Box 22718, Oklahoma City, OK 73123-1718.
To order memorial trees or send flowers to the family in memory of Caren McIntyre, please visit our flower store.