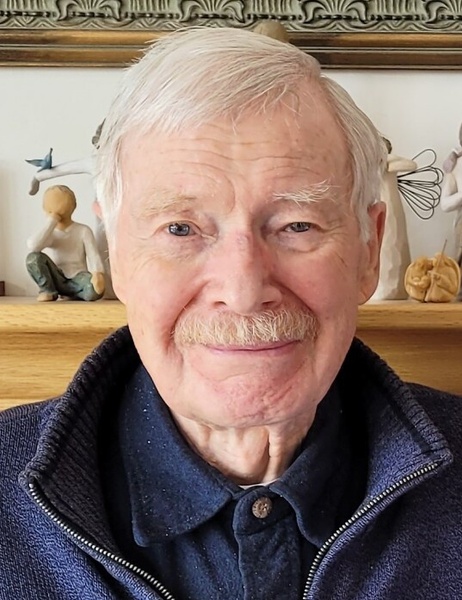 Carl Hodson Durney died November 29, 2021 in Mountain View Hospital in Payson, Utah, just 5 miles from his home in Santaquin. Born on April 22, 1931 in Blackfoot, Idaho, he grew up in a loving family on a farm on Riverton Road. He was the firstborn to Gordon and Maxine Durney, followed by brothers and sisters Ray, Lee, Louise, Geralyn, Susan and Peter.

Carl Durney went to school in Blackfoot and was a good student with a lifelong love of learning. After marrying the love of his life, Marie Nelson, Carl Durney began his long career in electrical engineering. He had joined the Air Force, where he served as a radio operator for four years, including a year in Korea during the Korean War. He started college classes in the Air Force, then went to Idaho State University and on to Utah State University, where he graduated with honors.

After working at Boeing in Seattle, Carl Durney was invited to the University of Utah on a fellowship to earn his PhD. He then joined the Electrical Engineering faculty where he taught and did research for 35 years.

Unlike many academics, Carl Durney excelled at both teaching and research. He studied the science of how to teach, and applied those principles in the classroom so well that he won a university-wide award as the outstanding teacher. His research put him near the top of his field of bioengineering, earning him its most prestigious award. He wrote several books on his work.

Despite his success in academics, Carl Durney put his faith and family first. He served the Lord in many church positions over the years, and loved working with others in the faith. After he retired, Carl Durney and his wife Marie served in the California Sacramento Mission under mission president Robert Grow, whose family they had known for years. They helped build a branch for Southeast Asian members, who they grew to love.

Carl Durney and his wife Marie had six children: Carla, Carolyn, Edward, Brian, Alan, and Dyla. They lived for many years on Wallace Lane in Salt Lake City, and then moved in their later years to Santaquin. In both places, they were blessed to live among wonderful neighbors.

Carl Durney loved working with wood, ham radio, gardening, truly electric cars, and thinking and talking about ideas in a variety of fields with a variety of people. When the family took vacations, he liked for us to camp and hike. He loved the outdoors.

Carl Durney was a sharp thinker and a skilled tinkerer, good with both his brain and his hands. He loved to share his knowledge and experience to benefit others by tutoring and helping others learn. He loved people and treated us all with respect.

All will be welcome. Those who wish to view the funeral online instead of attending can do so. (View link below)

If you wish to honor Carl Durney in some way, you may want to consider in lieu of flowers a donation in his name to the University of Utah Electrical Engineering Department (https://umarket.utah.edu/ugive/level4.php?catid=81), or another charity of your choice.

To order memorial trees or send flowers to the family in memory of Carl Durney, please visit our flower store.