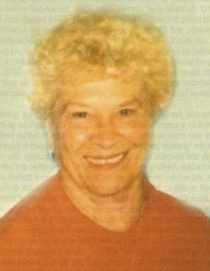 Carol "Elaine" Openshaw Nelson peacefully passed away on March 14, 2016 at Legacy Village Memory Care Center. Elaine was born on January 25, 1917 in Santaquin, Utah to Floyd and Dot Openshaw. She was the oldest of four children and spent her adolescence up to age eighteen in Santaquin. In 1935 she graduated from Payson High School and shortly thereafter (October 5th of the same year) married Irving "Clive" Nelson and moved with him to Goshen Utah. She would reside in Goshen for the next 74 years. Clive passed away in 1985 after nearly 50 years of marriage, and Elaine never remarried but devoted her remaining 31 years to her family, friends and church. Elaine was blessed with three sons, Douglas, Nyles and Jerry.  Nyles, sadly passed away after just 14 months, in 1945. Doug left us unexpectedly in 2008. In 2009 Elaine moved to Highland Cove Independent Living Center in Holladay, Utah and remained there until health issues necessitated her moving to Legacy Village in 2013. In January of this year, Elaine celebrated her 99th birthday with nearly 40 members of her ever growing family in a festive celebration of her life.  Her only regret was not hitting her self-determined goal to make it to 100!

Elaine was the quintessential mother, grandmother, great grandmother and great-great grandmother to a posterity of 63, and she tutored and taught us all in the virtues of life. While she never won many worldly awards, her contributions to human kind were incalculable. She was part of the "greatest generation" and as such, was steeped in integrity, hard work, honesty, trust, loyalty and devotion to family, friends, church and country. Her hands taught us not only the art of incredible cooking and epicurean delights, but cradled and comforted us all (many times) with love and safety. Her never-ending warmth wrapped a blanket of belonging that we could never forget or shake. Her love of family and its eternal mission, drove her, in later life, to the Gospel of Jesus Christ and His temple to ensure that we were all linked together for time without end. Her grit and toughness defended and sheltered us all throughout her earthly sojourn while she was fiercely protective of us all. Her infectious smile and effervescent personality won over not only every family member, but anyone to whom she came in contact. As other worthy members of her generation, her glass was never half empty but always brimming over the top with enthusiasm, happiness and positive feedback. There just are not enough superlative adjectives to describe her contributions to her family; and she did it all without being in the spotlight or seeking the adulation of others. She was, simply put, the best and we all knew it!

Elaine is preceded in death by her husband (Clive), her sons (Nyles and Douglas), her sisters (Margie Boone and Joyce Madsen), her brother (Tietjen Openshaw), her daughter-in-law (Mardene), her granddaughter (Hollie), and her parents. Those left to honor her legacy are her youngest son (Jerry), her daughter-in-law (Debby), twelve grandchildren, thirty-two great grandchildren and one great-great grandson. Thank you mom, we will always love you!

Funeral services will be held at 11 a.m. Friday, March 18, 2016 in the Goshen LDS Chapel. Family and friends may call Thursday evening from 6-8 p.m. at the Brown Family Mortuary 66 South 300 East Santaquin, UT and Friday at the church from 9:45 to 10:45 am prior to services.  Interment will be in the Goshen Cemetery.

The family would like to express sincere appreciation and gratitude to the staff at Legacy Village for their love and tireless hours in taking care of our mom and also to the expert professionals at Brighton Home Care and Hospice.

To order memorial trees or send flowers to the family in memory of Carol Nelson, please visit our flower store.