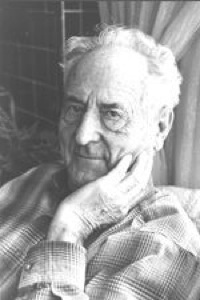 Carroll Hardy Davis passed away Sunday, January 13, 2008. He was born August 16, 1921 to Fred World Davis and Genevieve Blackham Davis in Genola , Utah. He married Thelma Maureen Nelson Davis August 31, l945 in the Salt Lake LDS Temple . They raised their seven children in Genola and moved to Logan in September of 2003. He was an active member of the Church of Jesus Christ of Latter-day Saints, faithfully serving in many callings, including Stake Presidency, High Council, Stake Young Men President, and Bishop of the Genola Ward. He and his wife served a mission in Phoenix, Arizona and as Stake missionaries in Eureka,Utah. He was a man of great faith who loved the Lord. Carroll was a farmer who loved to work in his fields and his garden. He also worked at the Keigly Quarry. He was a gifted musician, and enjoyed singing in his Barbershop quartet and ward choirs. He served as mayor, and was respected and loved by all who knew him. He is survived by his wonderful wife, Maureen, and seven children; Richard (Renee) Davis, Genola, Dale (MaryAnn) Davis, Phoenix, DeeAnn (Albert) Jensen, Draper, Carolyn (Bruce) Leishman, Logan, Darwin (Susan) Davis, Phoenix, Jane (Kent) Nate, Salt Lake City, and Dwight (Joyce) Davis, Hyrum; a brother, Colonel Lavoi B. (Nita) Davis, Salt Lake City, and a sister, Marilyn (Earl) Prete, Provo. He is also survived by 36 grandchildren and 14 great grandchildren. Funeral services will be held on Saturday, January 19, 2008 at 12:00 noon in the Genola LDS Chapel with a viewing at 10:30 a.m. under the direction of Holladay-Brown Funeral Home of Santaquin. A viewing will also be held at the Nelson Funeral Home in Logan, Utah, 162 East 400 North, on Thursday, January 17th from 6:30-7:30 p.m. Interment will be in the Santaquin City Cemetery. The family would like to thank the Williamsburg Retirement Center and Access Home Care & Hospice for their loving care during these final months. They would also like to thank the Logan 7th Ward for their many kindnesses the past few years. Carroll was always happy and positive, looking for the good in all situations. You never heard him complain. He loved his family and cared about everyone around him. We will miss him very much.

To order memorial trees or send flowers to the family in memory of Carroll Davis, please visit our flower store.