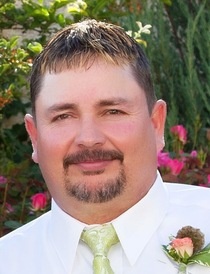 Loving husband, father, grandfather, son and brother returned home to his Heavenly Father surrounded by his family on Friday, March 25, 2016.

He was born February 19, 1970 in Logan, Utah to his loving mother Sherrie Kraync.

Carter grew up with a love in all things outdoors. He enjoyed fishing and hunting, and spent many memorable years hunting and training with his loyal best friend Binx.

Carter was the youngest brother of three and enjoyed the time he spent with his older brothers. He married Debbie Spencer August 4, 1990.  From there his family was started and he prided himself on his kids and grandkids. Carter, Debbie and their children were sealed in the Manti LDS Temple September 5, 2000.

Carter was very involved in coaching his kid’s sports teams and spending time teaching them to fish and hunt every opportunity he could. Carter took on the challenge of going back to school at age 40 and became a Registered Nurse. He was a great nurse and had a special connection with older patients. He was proud of the nurse he had become. Carter was loved by many and was the first to serve when service was needed.

His two granddaughters have been his pride and joy for the past two years. He was so proud of them and loved spending time with them and spoiling them with anything they wanted.

Carter is survived by his mother Sherrie (Vennie) Kraync, his wife Debbie, his children Brittany (Kyler) McPherson and Braxton Benson, his grandchildren Hinley and Ayvie, his brothers Chris (Carla) Benson and Shawn (Margarita) Benson, his grandpa Ross Spencer, and many nieces, nephews, cousins, aunts and uncles. He was preceded in death by his grandmother, Dora Mae Spencer.

Funeral services will be held Wednesday, March 30th at 12:00 at the Santaquin 12th Ward, 90 South 200 East, where friends may call from 10:00 to 11:45 am prior to services.  Interment, Santaquin City Cemetery under the direction of Brown Family Mortuary, Santaquin.

To order memorial trees or send flowers to the family in memory of Carter Benson, please visit our flower store.