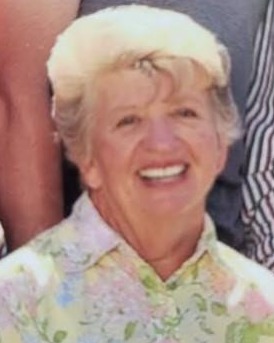 Charlene Diane Broadhead was a wonderful daughter, wife, mother, grandmother and great grandmother to those in her family. She was an amazing teacher, example and friend to all she touched in her life.

Charlene was born and raised in Ucon, Idaho and was the 2nd child of 7. In her youth, she learned to play piano from her aunt and music became a love and passion her whole life. Throughout her youth, she enjoyed music, ice skating, singing and learned to play the pedal organ while in primary at only 10 years old. Their family moved several times from Ucon to Shelley (ID) then to Murray, Utah where she graduated from high school.

Murray was also where she found her eternal companion, Rex Otto Broadhead who had just returned from his LDS mission to Norway. They were married and sealed in the Salt Lake City Temple on February 10th, 1958. They lived in several apartments until they bought their first home in Midvale, UT. By then they had a baby boy and soon another.

They built their family and were blessed with four sons and two daughters. Charlene taught piano lessons in every area they lived and loved to see young people progress in music.

The horse business thrived even better than expected. The children competed in high school rodeo and of course, Charlene gave piano lessons. Rex had become the bishop in their ward in West Jordan and then the family moved on to Lehi, UT where the kids finished high school and moved onward, starting their own families. Charlene and Rex then moved to and fell in love with Genola, UT, where they stayed from then on.

Charlene loved the Church of Jesus Christ and served in as many callings as possible. She loved to donate her time and talents to help others. Not just musically but through her ability to teach with love by word and by her selfless example. She was loved greatly by her family, community, ward, friends and anyone she touched with her heart and happy attitude.

She is preceded in death by her parents, her husband, one sister, two brothers, and one great-granddaughter. She is survived by 4 sons, Duane (Lori), Lane (Holly), Kim (Jill), Justin (Mandy) and 2 daughters, Cindy (Gary) Porter and Cari (Dallas) Anderson, 23 grandchildren, 27 great-grandchildren and 2 on the way.

To order memorial trees or send flowers to the family in memory of Charlene Diane Broadhead, please visit our flower store.