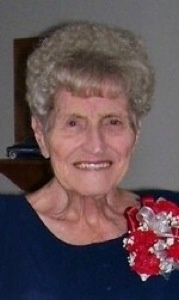 On Friday, February 6, 2009, Charlotte Rae Jones Wiesmore peacefully returned home to a loving Heavenly Father and into the arms of many loved ones who awaited her arrival. Charlotte was born on January 11, 1926 in South Gate, California. As a child, she enjoyed drawing and playing the violin and she attended the same elementary school as a cute boy named Kenneth (who later grew into a very handsome sailor). Years later Charlotte and Kenneth Karl Wiesmore became friends and then sweethearts and were married in Las Vegas, Nevada on March 3, 1951. They were sealed for time and all eternity in the Los Angeles Temple on March 3, 1977. Ken and Charlotte made homes in Buena Park and West Covina California where they raised their four children and were baptized into the Church of Jesus Christ of Latter-day Saints on April 20, 1968. They moved for a final time in 1979 when they made their home in Santaquin, Utah. Charlotte found great passion in family history work. She and her husband served a full-time family history mission for the Church of Jesus Christ of Latter-day Saints from February 1998 through February 2000, in Des Moines, Iowa and St. Paul, Minnesota. She was an active member of the Daughters of Utah Pioneers and three weeks prior to her death she met her goal of being sworn in as a Daughter of the American Revolution. She solved many family history mysteries from countless hours in front of the microfilm and completed her own personal history book, which she gave to her family this last Christmas. Charlotte left a grand legacy and will be sorely missed. She was a wonderful wife, mother, sister, grandmother and friend. We love you and await the day that we will meet again. She is survived by her husband, Kenneth Wiesmore of Santaquin; their four children, Sharon Hunt of Manti, Marge (Bruce) Houser of Santaquin, Ken (Betsy) Wiesmore, Jr. of Twin Falls, Idaho, Carol (Steve) Nielson of Chugwater, Wyoming; 16 grandchildren and 32 great-grandchildren; a sister-in-law, Alice Jones, Weaverville, California. Charlotte was preceded in death by her parents, all of her five siblings, a great grandson, Korbin Ryder Horton, and the countless ancestors for whom she put temple work into motion. Funeral services will be held Tuesday, February 10th at 12:00 noon at the Santaquin 13th Ward, 250 South 580 East. Friends may call at the Holladay-Brown Funeral Home, 66 South 300 East, Santaquin, Monday from 6 to 8 pm and Tuesday at the church from 10:45 to 11:45 am. Burial, Salem City Cemetery.

To order memorial trees or send flowers to the family in memory of Charlotte Wiesmore, please visit our flower store.