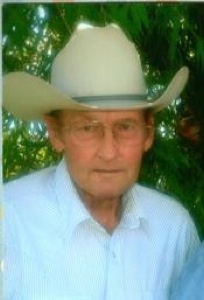 "The End of the Trail"

Clair B Winnie, 68 of Goshen, died July 6, 2011 from complications of pneumonia. He was born August 14, 1942 in Payson, Utah to Kedzie (Ted) and Pearl Ballard Winnie. He served 3 years in the US Army in Alaska as a mechanic. He married Diane Goodwine November 1, 1963 and together they had 3 children, Burke, Kurt and Melanie.

Clair worked as a brick mason, a welder, in the mining industry and as a farmer. He had a love for horses and the outdoors.

His survivors include his children, Burke (Sheri) Winnie, Santaquin, Kurt (Denise) Winnie, Nephi, Melanie (Dan) Oldroyd, Goshen; 12 grandchildren and 2 great grandchildren; his sister, Janet (Paul) Jorgensen; his brothers, Dale (Maxine) Winnie, Calvin Winnie; and many nieces and nephews. He was preceded in death by his wife, Diane, his parents, Ted and Pearl Winnie, a brother-in-law, Dennis Seely, and a sister-in-law, Kathy Winnie.

We will miss you Dad and Grandpa.

Funeral services will be Monday, July 11th at 11:00 am at the Goshen LDS Chapel. Friends may call at the Holladay-Brown Funeral Home, 66 South 300 East, Santaquin, Sunday 6 to 8 pm and Monday at the church one hour prior to services. Burial, Goshen Cemetery.

To order memorial trees or send flowers to the family in memory of Clair Winnie, please visit our flower store.