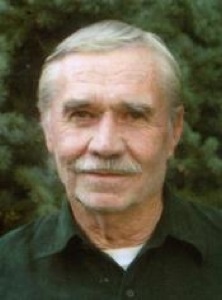 Clare H Davis, age 76 of Spanish Fork, Utah passed away March 24, 2013 after battling cancer. He was born on May 14, 1936 in (Leland) Spanish Fork, Utah to Earl Howell and Eleanor Jane Larsen Davis. Clare received a high school diploma and attended some Trade School. He married Patricia Louise Walton July 2, 1960 and they were sealed in the Manti LDS Temple July 21, 1961.

Clare was known as an inventor, farmer, engineer, motorcyclist, family man, dutiful citizen, equipment engineer, steel fabrication worker, and good old soul. He loved drama and theater in high school and won the 2nd best actor in the State of Utah as a senior. He also served in the Utah National Guard. Additionally, he served in various church callings and was active in community events. He was the father to sixteen children, including eight boys and eight girls. He worked for Provo Steel from age 19 to 67 and was nicknamed "Coach" by his coworkers. Clare also had his own metal working business and created spiral stairs, handrail, fencing, gates, etc. and installed his work in many of Utah's cities. Clare could lift a set of spiral stairs all by himself.

Clare is survived by his wife, his sixteen children, 61 grandchildren and 15 great grandchildren. He was loved by all and had a gentle and kind way of showing his love to his family.

Funeral services will be held Friday, March 29th at 11:00 am at the Leland Ward Chapel, 900 So. Del Monte Road, Spanish Fork, with a viewing for family and friends at the church from 8:30 to 10:30 am prior to services. Interment, Spanish Fork Cemetery.

To order memorial trees or send flowers to the family in memory of Clare Davis, please visit our flower store.