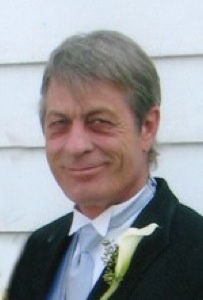 Brian Cole Brackenbury, 61, passed away peacefully in his home after a courageous battle with cancer on November 26, 2008.

Cole was born April 12, 1947 in Provo, Utah to John Edward and Maxine Webb Brackenbury. He graduated from Pleasant Grove High School in 1965. Cole married Shauna Lee Noble in 1966 and together they made their home in Lindon. They were married for 29 years and had 5 beautiful daughters. They were later divorced. He married Jacqueline Marie Worthen in 1998 and they built their life together with her three children he thought of as his own. They moved to Goshen in 2000.

Cole worked for Geneva Steel for over 30 years. He was a member of The Church of Jesus Christ of Latter Day Saints. He believed in every aspect of the church and was a very spiritual being. Cole enjoyed training and racing horses. He loved his horses and took great pride in them. He also loved classy cars and was always working on them. He loved spending time with his grandchildren. They gave him great joy. Cole was a loving husband, father, grandfather and friend. Cole and Jackie's home was always open to anyone who needed a helping hand.

He is preceded in death by his father, John Brackenbury, and mother, Maxine Willoughby.

We want to express a special thanks to Clara Newby, a wonderful sister-in-law, who cared for Cole until the end.

A viewing will be held Monday, December 1st at the Olpin Family Mortuary, 494 South 300 East, Pleasant Grove from 6 to 8 pm. Funeral services will be held Tuesday, December 2nd at 2:00 pm at the LDS Church, located at 70 South Center in Goshen, Utah where friends and family may call one hour prior to services. Interment will follow in the Goshen City Cemetery. Funeral arrangements are under the direction of Holladay-Brown Funeral Home in Santaquin.

To order memorial trees or send flowers to the family in memory of Cole Brackenbury, please visit our flower store.