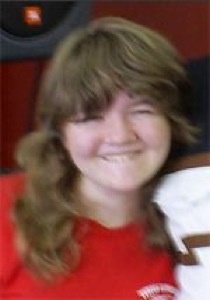 Concha was unexpectedly called home on October 13, 2007. Although we do not know why, we do know that she must have had a greater calling to fulfill beyond the veil. Concepcion Rachel Thayne (better known as Concha) was born September 18, 1995 in St. George, Utah. She was raised in Virgin, Utah until November of 1999 when her family moved to Eureka, Utah. Concha loved to read. Every chance she had she could be found with a book in her hands. It was not at all uncommon for her to bring a backpack full of books home from school or from the bookmobile. In fact once, when someone dropped a book she cried out, "You hurt that book!" We hope she is enjoying a library somewhere on the other side of the veil. She was very smart and was known not to be afraid to speak up and point out when the teacher had the answer to a problem wrong. She had a kind heart and was doing her best to do what she thought she should. Concha is survived by her parents, Brent K. and Kathryn DeGraw Thayne; her two brothers, Reuben, of Provo, J.L. Duke, of Eureka; her sister, Tauna "Deedee", of Eureka; her grandparents, Ernell and Devora Thayne, of Virgin, Utah and Curtis and Nora DeGraw, of Santaquin; along with numerous aunts, uncles and cousins. Funeral services will be held Friday, October 19th at 12:00 noon at the Eureka LDS Ward. Friends may call at the Holladay-Brown Funeral Home, 66 South 300 East, Santaquin, Thursday 6 to 8 p.m. and Friday at the church from 10:00 to 11:45 a.m. prior to services. Burial, Eureka Cemetery. Donations in lieu of flowers would be greatly appreciated.

To order memorial trees or send flowers to the family in memory of Concepcion Thayne, please visit our flower store.