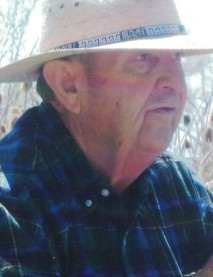 On November 10, Conway laid down to take a Sunday afternoon nap and instead slipped into his eternal rest.
Conway was born a farm boy. He grew up in Salt Lake Valley helping his father work the land, running fruit orchards and acres of sugar beets. When he was young, he moved from a small home with “nothing modern about it” into a home on Redwood Road where he grew up. He married his sweetheart, Jenene Johnson, in January of her senior year of high school in 1953 and then immediately left to serve a two and a half year mission in Japan for The Church of Jesus Christ of Latter-Day Saints. When he returned, their four children joined them quickly and they began their adventure as a family. He loved his children deeply, feeling that they were meant to be his. He said, “If I ordered’em just the way I’d like them, there they are.”
Conway was a jack of all trades. No stranger to hard work, he held many jobs over the years and enjoyed being his own boss. Among other things, he was a service station manager, a milkman, a pawnshop owner, a car salesman, and manager of a chicken farm. Regardless of his profession, though, he never left his country roots. He dreamt of homesteading. He often wore a straw hat and always carried a large handkerchief he was willing to loan out. He opened his home to anyone who needed a place to stay, whether it was relatives or struggling young men who worked for him.
Conway loved the simple pleasures in life. Home and garden. Sitting on the front porch. Family. Fishing. Among the many photos in his room of his family is a sign that says, “A bad day fishing...is better than a good day at work!”
Another of Conway’s joys was the Gospel of Jesus Christ. When he wasn’t gardening or fishing, he was often pouring over books and scripture. His faith was steady and humble, much like he was. You couldn’t know Conway without knowing his love of God. He even hung a large replica of the Title of Liberty over his bed.
Conway also loved people. In his words, he was “not much of a fraternizer”, but he always made time for those he loved. He especially loved giving “horsey rides” to the youngest grandchildren and great-grandchildren.To listen or to help, he was always there.  He once said, “Well, that’s love, isn’t it? If somebody needs it, whether they’re in the family or out of the family, and you’ve got it and it’s to spare, it doesn’t hurt you to give that to them. Doesn’t hurt at all. And the Lord will credit you with it and He doesn’t run a minus business. Somewhere, sometime along the way, you’ll get paid back for every good thing you do. Every good thing.”
While we will miss his advice and stories and laughter, we know he is happy to be where he is. We are sure he will be sitting on the front porch of heaven with a twinkle in his eye, catching the family up on all his stories while he waits to welcome us back. As he always said, “Goodbye for now”.
He journeys ahead of his wife Jenene and his four children and their spouses: Jeff (Jan), Scott (Sheri), Paul (Doreen), and Jeanie (Doug Vance). He also leads the way for 20 grandchildren and 47 great-grandchildren.

To order memorial trees or send flowers to the family in memory of Conway Barker, please visit our flower store.