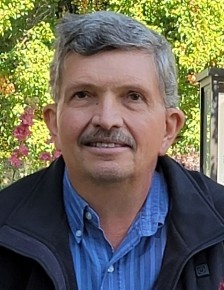 Dale Jr. Brailsford passed away and returned to his Heavenly home late Sunday evening November 21, 2021, joining his loved ones who proceeded him in death.  He was born December 5, 1965, to Ellen Maurine Ekins and Dale Earle Brailsford in Provo, Utah.  He was a father, son, husband, uncle and future grandfather.  He was a faithful member of The Church of Jesus Christ of Latter-day Saints and served in many callings including secretary, Bishopric and Scout Leader. He was the youngest of five children.  He grew up in Springville, Utah where he attended elementary, junior and senior high school.  He met his wife Karen Abbey when she was eight years old when her parents were renting from his parents and they became fast friends from then on.  They later married on October 16, 1992, in the Manti Temple.

He traveled with his parents during the summers to his father’s work locations throughout the state of Utah.  He traveled to Hawaii several times, Cancun, Mexico and other fun places like Disneyland.  He did many jobs through out his life.  He worked in the meat department at Reams in Springville, Utah.  He was a salesman for Living Scriptures.  He lived in California for a few months.  He was a security guard for a few years until 2005.  He then was worked at Supranaturals where he was employed form 2005 – Dec 23, 2020.

His health the last couple of years was slowly declining. He broke his back in July 2020 and then found out that November  that he had bone cancer in his back.  He fought the cancer but got Covid Pneumonia in November 2021 and passed away after fighting it for three and a half weeks.

Send a Meaningful Gift or Donation

To order memorial trees or send flowers to the family in memory of Dale Brailsford, please visit our flower store.