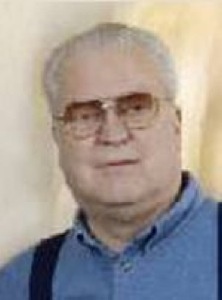 Daniel LeMoine Ray, beloved husband, father, grandfather, friend returned peacefully to the presence of his Heavenly Father on Saturday, February 10, 2007 from congestive heart failure. He was born May 13, 1943 in Prineville Oregon , the fourth child of Harold and Ruhama Ray. He attended Prineville schools where he met his sweetheart, Saundera Rae Russell. They were married March 9, 1961 and then sealed for time and all eternity in the Idaho Falls Temple August 24, 1962. They lived in Oregon , California , and then settled in Utah . Together they raised eight children and welcomed many foster children into their home. They were looking forward to celebrating their 46th wedding anniversary in March. Daniel (Dan) had a love for music and could play nearly any instrument he picked up. He had a rich bass voice that many people, especially his family, loved to hear. He was a master wood craftsman by trade and enriched many homes in Utah County with his beautiful work. He was a warm, caring man who reached out to anyone in need. He was kind to everyone he came in contact with and spread cheer wherever he went. He was a High Priest in the Church of Jesus Christ of Latter Day Saints and served faithfully in many callings. He centered his life around his family and they are eternally grateful for each day they were blessed to have with him. He is survived by his loving wife and companion, Saundera Ray; children: Daniel (Denise) Ray Jr., Dennis Ray, Stacey (Steven) Petersen, Sheri (Shane) Green, Jake (Lisa) Ray, Synthia (Erik) Meredith, Dustin (Lori) Ray, Dallas (Angie) Ray; 29 grandchildren (plus 2 on the way); brothers, William, Bob and Charles Ray; sisters, Naty Bowen and Mary James. He was preceded in death by his parents. His viewing will be held Monday, February 12 from 6:00 a�" 8:00 p.m at the Holladay a�"Brown Funeral Home at 66 South 300 East in Santaquin. Services will be held the following Tuesday, February 13, 2007 at 11:00 a.m. at the Payson LDS 11th ward chapel at 900 W. 400 N. in Payson. All friends and family are welcome.

To order memorial trees or send flowers to the family in memory of Daniel Ray, please visit our flower store.