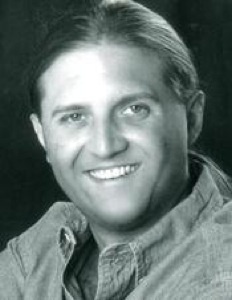 David Jason Hodgkinson, 40, of Salt Lake City passed away Friday, February 11, 2011 in Salt Lake City with his father, mother and step-father at his side.

Jason was born December 9, 1970 in Salt Lake City to David Craig Hodgkinson and Nola Gwen West Hodgkinson. He loved skiing, skate boarding and sky diving. His pride and joy was his Jeep Wrangler. Friends were very important to Jason. He was a member of the LDS church. By trade he was a glazier and worked for several glass companies in Salt Lake.

He is survived by his father, mother and step-father, William E. Dowse; grandmother, Thelma York West; four step-brothers, Patrick, Michael, Robert and Ronald Dowse, and a step-sister, Tamela Dowse. He was preceded in death by grandparents, Varian C. and Carol W. Hodgkinson and Jim West, and an uncle, Hugh Mont Hodgkinson.

We would like to thank the doctors at LDS Hospital ICU, Dr. William Beninati, Dr. James Allred and Dr. John Christensen for their kindness and support during this difficult time.

Funeral services will be held Friday, February 18th at 1:00 pm at the Holladay-Brown Funeral Home, 66 South 300 East, Santaquin, where friends may call from 12:00 to 12:45 pm prior to services. Burial, Santaquin City Cemetery.

To order memorial trees or send flowers to the family in memory of David Hodgkinson, please visit our flower store.