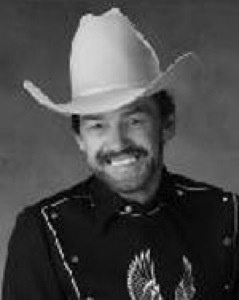 David Randolph Seeley, 62, passed away Monday August 3, 2007 after a valiant fight with heart and kidney disease. Dave was born May 10, 1945 in Spanish Fork, Utah to Dewey Randolph and Claudia Johnson Seeley. He attended schools in Provo and Orem, graduating from Orem High School in 1963. He began working for Geneva Steel shortly after graduation, working as a mill wright in the foundry department, retiring after 30 years of service. He was married and later divorced. He has two daughters Kim (Rodger) Olson, Salem, and Chris McWillams, Ogden. He is also survived by 5 grandsons and 2 granddaughters; his mother, Claudia Johnson Seeley, So. Ogden; and sisters, Claudia Glee (Lynn) Anderson, Cory, Colorado and Carla (Mike) Brown, So. Ogden. Dave is also survived by Francis Tanner, best friend and soul mate, whom Dave enjoyed spending his last years with and who cared for him with love and compassion beyond compare. He was preceded in death by his father, Dewey R. Seeley and a sister, Hattie Jean Seeley Dave was a true western cowboy. He loved the outdoors, camping, hunting, fishing and was a true rodeo man. Throughout his life he belonged to several riding clubs including Provo, Salem and Utah County Mounted Posse as well as participating in numerous rodeo events throughout the Intermountain West, winning many regional and state titles. He loved his animals especially his horse Vandy. The Seeley family wishes to thank Francis and her family for showing Dave love, honor and respect throughout his illness. You are truly angels. Funeral services will be Wednesday, August 8th at 1:00 p.m. at the Holladay-Brown Funeral Home, 66 South 300 East, Santaquin, where friends may call Tuesday 6 to 8 p.m. and Wednesday one hour prior to services. Burial, Spanish Fork Cemetery.

To order memorial trees or send flowers to the family in memory of David Seeley, please visit our flower store.