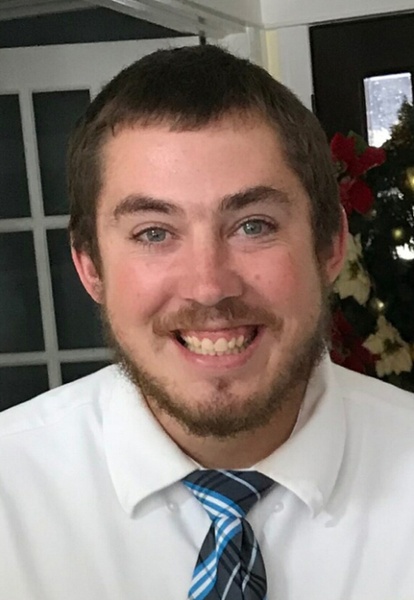 David Isaac Stubbs, 27, of Mona, Utah passed away unexpectedly in a tragic accident at work on January 2nd in Nephi, Utah.

David was born in Provo, Utah to Eldon and Shiela Stubbs on October 9, 1990 and was a loving son and brother.  He had an idyllic childhood, growing up doing exactly what he loved, working on his parents farm in Provo.  He attended Provo High School, studied agriculture and trained as a diesel mechanic all while continuing to work on the farm as much as possible. His passion for agriculture and farming was evident throughout his life. When he wasn’t actually outside working on a farm he was often inside playing video games about farming.  He was similarly passionate about big trucks. He received his Class A driving certification in 2013 and was working as a driver for Taurus Excavating when he passed away.

David was an active member of the Church of Jesus Christ of Latter-day Saints.  He lived a life of service, friendship, and love.  He wore a contagious smile that brightened the lives of everyone he met. He had a good sense of humor and was always quick to serve anybody in need.

David was preceded in death by his grandparents J Fred Stubbs, Elaine Stubbs, and Wanda Taylor.

David’s family wishes to extend our sincere gratitude to all those who have expressed love and support.

To order memorial trees or send flowers to the family in memory of David Stubbs, please visit our flower store.