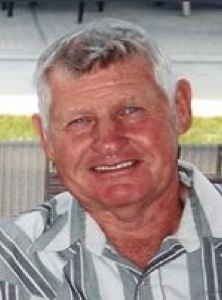 Delwin B. Jensen, our beloved husband, son, brother, father, uncle and friend went to be with the Lord peacefully March 15, 2007 at his home in Goshen with his family at his side. Born October 17, 1936 in Compton, California to Louis Bert Jensen and Ann Barbara Patrick. He married Alice Rosenlund February 22, 1958. Dell worked as a miner and at Keigly Quarry but his passion was farming, being a cattleman and rancher. He is survived by his wife of 49 years; his mother, Ann Hansen, Goshen; sons, Steven, St. George, Bert (Gaye), Green River, Wyoming, Ron (Penny), Lehi, Nolan (Wendy), Santaquin, Grant (Debbie), Meridian, Idaho; two sisters, Linda (Norman) Thomas, Goshen, Patty (Reid) Sargent, Cedar City; 18 grandchildren, 6 great grandchildren and numerous nephews and nieces. He was preceded in death by his father, Louis, and step-father, Dee (Shady) Hansen. Funeral services will be held Monday, March 19th at 11:00 a.m. at the Christian Life Assembly of God, 11554 South 4600 West, Payson. A viewing will be held at the Holladay-Brown Funeral Home, 66 South 300 East, Santaquin on Sunday, March 18th from 6 to 8 p.m. and Monday at the church one hour prior to services. Interment will be in the Goshen Cemetery.

To order memorial trees or send flowers to the family in memory of Delwin Jensen, please visit our flower store.