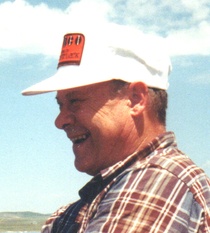 Donald Rex Eyre, age 72, passed away Monday, July 18, 2016 at his home in Santaquin, Utah.  He was born on March 4, 1944 in Powell, Wyoming to Rex Ballard and Norma Asay Eyre the oldest of five children: Duane (Elma), Kay (Cindy), Adele (Richard), and Von (Marte).  Don was a very devoted husband to Carolyn Jeanne Miller Eyre for nearly 50 years and a loving father to seven children: Constance (Dianna), Cathrynne (Ryan), Cherlynne (Brandon), Cristanne (Ryan), Chantelle, Jon (Samantha) and Challysse.  He was preceded in death by his parents Rex and Norma, his brother Duane Eyre, his daughter Cathrynne Eyre, a grandson Gabriel Orion Davis and his beloved wife Carolyn.

Don was born in Wyoming where he learned to farm with his father and uncles.  This helped him develop his love for hard work and the outdoors.  Don graduated from Charter Oak High School in California in 1962.  He served his LDS mission in northern England. Upon his return, he met the love of his life, Carolyn on a hayride in the spring of 1965.  They were married in the Los Angeles Temple on May 14, 1966.  Don joined the United States Air Force in 1965 and served as a sergeant in the Vietnam War.  They raised a family of seven children and 18 grandchildren who were loved very deeply.

Don worked for the Church of Jesus Christ of Latter-day Saints in Salt Lake City for 32 years.  He was a life-long and faithful member of the Church, serving in many callings, but he will be most remembered as ward organist.  Anyone who heard him play could hear his love and devotion to the beautiful hymns.  His musical talent will be missed but treasured by family and all who experienced his gift.

Don and Carolyn loved to camp with their RV and upon his retirement they were able to spend cherished time camping in Southern Utah.  He enjoyed fishing, camping and being outdoors.  He was happiest with a ball cap on and a fishing pole in his hand on Duck Creek.

His parting is a sweet sorrow.  While we will all miss him deeply, we know it was a joyous reunion with his sweetheart, our mother who passed away in December.

Funeral services will be held Saturday, July 23, 2016 at 11:00 am at the Santaquin 20th Ward, 591 Summit Ridge Parkway, Santaquin, Utah.  A viewing will be held from 9:30-10:45 am prior to the funeral services.  Interment in the Santaquin Cemetery with military rites by Santaquin American Legion Post 84.
To order memorial trees or send flowers to the family in memory of Donald Eyre, please visit our flower store.