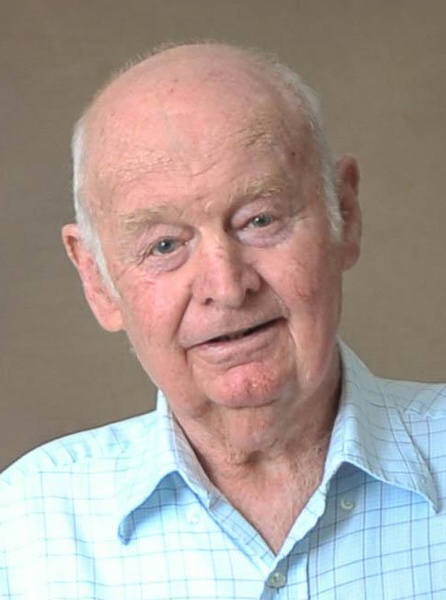 Don was born to Rowley and Eva Marie Mecham April 29, 1934 in Provo, Utah. He was the middle of nine children and was raised in Provo. After completing the 9th grade he began working two jobs, one driving a milk truck and the other packing refrigerated train cars with ice for Provo Ice House. Then he began farming for his uncle Fred Mecham in Genola and that’s when he met his sweetheart Viola June Throckmorton. After dating for a year they married on June 20, 1953 and were married 62 years. They lived in Provo the first 12 years of marriage where he learned the trade and became a Brick Mason. In 1969 they built their dream home in Genola and have been happy there ever since. Don loved being outside farming and hunting but most of all being with his family.

He is survived by a brother James Mecham and his six children Donald B Mecham, Cindy Ekins (Rob), Wayne R Mecham, Larry A Mecham, Clay T Mecham and Mechelle M Cowan (Jared), plus 26 grandchildren and 15 great-grandchildren. He was preceded in death by the love of his life Viola and 2 grandsons James and Jared Harp.

The family would like to express gratitude for help from the hospice Nurse and Aide this past month and for all the love shown from family and neighbors.

To order memorial trees or send flowers to the family in memory of Donald Mecham, please visit our flower store.