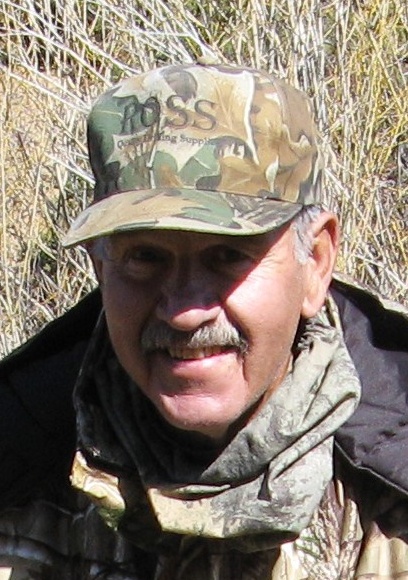 Donald Henry Wall passed away peacefully in the afternoon on January 4, 2018 at home after a long illness.

Don was born  December 15, 1937 along with his twin sister Deanna in Eureka, Utah to Henry A. and Faye Hone Wall. He grew up and lived his entire life in Eureka where he graduated from Tintic High School. During his high school years, with his six and a half foot frame, he was an important part of the Tintic Miners basketball team and he made them top contenders in their division. He had several offers to play college basketball but he had no interest in leaving Eureka and his future wife Noel.

Don and Noel Marie Archabal were married on March 1, 1958 in Eureka where they continued to  live and raise their three sons Brett, Bart, and Doug. Don was a good husband and father and he taught his sons to work hard, to shoot straight, and to head to Fish Lake whenever they needed a break. Don was an avid shooter, an excellent marksman, a skilled hunter and horseman.  He was a founding member of the Firebirds Motorcycle Club and enjoyed riding motorcycles and was a long time member of B.P.O.E Lodge 711.

Don began his employment right out of high school by securing a job at Dugway Proving Grounds for the United States Government as an electrician where he worked for 35 years. He also worked many sub­ contracting jobs as an electrician in Eureka and the surrounding communities.  Don was a man that could fix most anything was truly happy when he was working on some project or building something in his shop or garage. Don retired from government service in 1993.

Don and Noel enjoyed life together they spent much time in the summer at their favorite place on earth Fish Lake, Utah where they often went for vacations and when Don retired, they spent the whole summer there camped at Bowery Haven where they made many lasting friendships. Don and Noel often spent their winter vacations on snowmobile trips in Wyoming. In later years they enjoyed many hours on long rides on their side-by-side ATV in the mountains and deserts around Eureka.

Friends and family will gather Wednesday, January 10th from 6:00 to 8:00 pm at the Tintic Elks Lodge in Eureka.  Graveside services will be held Thursday at 10:00 am at the Eureka City Cemetery.

To order memorial trees or send flowers to the family in memory of Donald Wall, please visit our flower store.