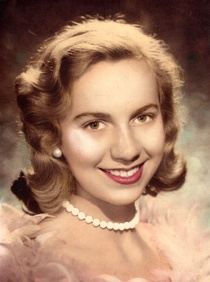 On December 11, 1942 Dorotha Cleo Cook and Thomas Lloyd Baker brought in the world a little girl they named Dorotha Marie Baker.  She was their fourth child with more to come.  She was born in Salt Lake City, Utah at LDS Hospital.

She lived in both Central and Southern Utah and met her husband, Roy, while he was on a date with another girl.  She told her sisters that he was the man she was going to marry – and she did.  They had a long life together raising six children.  She took joy in every achievement they made and prayed that they would make right choices.  Dorotha loved her family more than anyone will ever know.  She left her career at the Utah State Hospital as a psychiatric technician to be with them.

Dorotha passed away May 8, 2016 in Provo, Utah.  She was preceded in death by her parents, the love of her life, Harvey LeRoy Shepherd, two sons, David Lee Shepherd, Larry Buck Shepherd, two grandsons, a sister, Carol Ann Baker Nelson, and brothers, Mike Fotheringham and Paul Milky.

Funeral services will be Friday, May 13th at 12:30 pm at the Grandview 7th Ward, 1120 North 850 West, Provo, where friends may call one hour prior to services.  Interment will be in the Springville Evergreen Cemetery followed by a luncheon back at the church.

This day a daughter, sister, mother, grandmother and friend was taken.  God wants her now to prepare the way.  She will be missed by all

To order memorial trees or send flowers to the family in memory of Dorotha Shepherd, please visit our flower store.