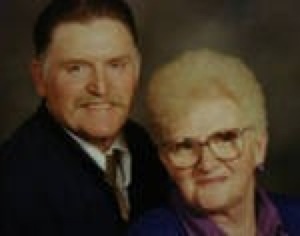 She was preceded in death by her first husband, John James Kaufman, in 1954. Together they had three children, John James Kaufman, Jr. (Deceased), Susan A (Dean) Hill, Riverton, Wyoming and Roger W (Sheila) Kaufman, Santaquin She was also preceded in death by her second husband, Norman George Beardall in 2009. Together they had two children, Norma L (Allan) Brook and Dale T Beardall. She is also survived by 17 grandchildren, 30 great grandchildren and 13 great-great grandchildren.

Dorothy grew up in Idaho. After she married Norman they moved the family to Provo, then to Springville, and finally to Santaquin in 1974. They were later sealed in the LDS Temple. Dorothy retired from the Nebo School Lunch program and held many positions for the Santaquin Senior Citizens. Mom was devoted to her civic duties. Mom never met a single person that she didn't like and vice-versa. Mom and Dad had so many long time friends (too many to mention them all)

Funeral services will be Friday, February 12th at 11:00 am at the Santaquin Stake Center, 45 South 500 West. Friends may call at the Holladay-Brown Funeral Home, 66 South 300 East, Santaquin, Thursday 6 to 8 pm and Friday at the church one hour prior to services. Burial, Santaquin Cemetery.

Donations requested in lieu of flowers can be made at any Zions Bank in the name of Dorothy Beardall.

To order memorial trees or send flowers to the family in memory of Dorothy Beardall, please visit our flower store.