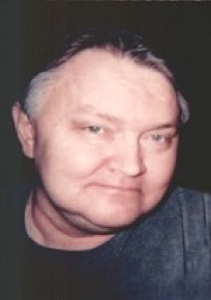 Douglas Clare Atkin, 52, of Payson, passed away suddenly February 21, 2009 after an extended illness. He was born August 22, 1956 in St. George to Clare Adams and Helen Barbara Crouch Atkin. He married Kathleen O'Neill April 6, 1978 in the Provo LDS Temple. Doug was the youngest person ever to drive for Mercy Ambulance in Las Vegas and was active in the Jr. pre-med program at Sunrise Hospital. He worked as the Santaquin City Marshall, as a Payson Police Officer and as a Utah Highway Patrolman until he was disabled. He was an active member of the LDS church and enjoyed reading the scriptures. He served a mission to Palmyra, New York and Dallas, Texas. His greatest love in life was the Gospel and his family. Doug is survived by his wife, Kathleen, children, Jared, Jordan, Mallory and Andrew; his mother and step-father, Helen and Gary Barnes; brothers, Gregory and Scott; sister, Carri; step-brothers, Keith, Kent, Eric and Mike; step-sisters, Patty, Pam, Paula, Andrea and Jenifer; and many nieces and nephews. He was preceded in death by a daughter, Sidney, his father, Clare, step-father, Gary Loveland, and step-brother, Gary "Wally" Loveland. The family would like to offer a special thanks to everyone who has helped Doug during the past difficult years, especially his dear friends and home teachers, Ray Wilson and Rick Chestnut. Funeral services will be held Wednesday, Feb. 25th at 11:00 am in the Payson 1st Ward, 225 South 400 East. Friends may call at the Holladay-Brown Funeral Home, 66 South 300 East, Santaquin, Tuesday 6 to 8 pm and Wednesday at the church from 9:45 to 10:45 am. Burial, Santaquin City Cemetery.

To order memorial trees or send flowers to the family in memory of Douglas Atkin, please visit our flower store.