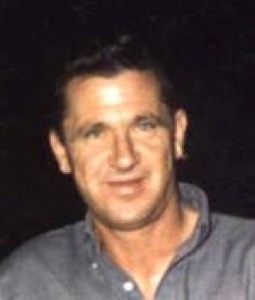 Douglas Hathaway passed away on December 18, 2007 in Springville, Utah of natural causes. He was born on June 6, 1928 in Genola, Utah to James Finley Hathaway and Doras Ella Greenhalgh Hathaway. He lived in Alaska for a time, but resided in Spanish Fork for over 40 years. He worked at several different jobs and was always a hard worker. He was a quiet, humble man with a pleasant smile. He married Elizabeth McClellan on May 26, 1961. They were later divorced. He is survived by brothers, James Hathaway of Spanish Fork, Sheldon Hathaway of Payson, Sylvan (Wanda) Hathaway of St. George, Arvid (Betty) Hathaway of Price, Gary (Joyce) Hathaway of Urbana, Missouri, and one sister, Audrey Hiatt of Santaquin, along with many nieces and nephews. He is also survived by his children, Heather, Clark, and Douglas Jr. He was preceded in death by his parents, brothers Weldon Finley and Sanford Hathaway and by a sister, Phyllis Lloyd. The family wishes to thank the staff of Hobble Creek Nursing and Rehab Center in Springville, Utah for their kindness in caring for Douglas. Services will be held on Saturday, December 22, at the Holladay-Brown Funeral Home in Santaquin, Utah, 66 S. 300 E., beginning at 11 a.m. with viewing one hour prior to the service. Interment Goshen City Cemetery.

To order memorial trees or send flowers to the family in memory of Douglas Hathaway, please visit our flower store.