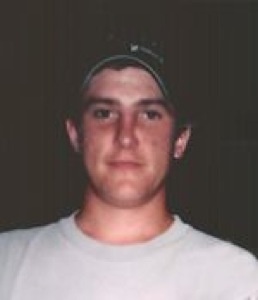 Dylan C. Kirk, 24, passed away September 8, 2007 while doing what he loved hunting in the mountains. He was born January 7, 1983 in Provo, Utah to Mickey Colvin and Debbie Kaletta Kirk. Dylan was quiet natured and loved to be outdoors to think. He loved to hike and wander in the mountains hunting for sheds and fishing. He was always looking for ways to help other people. He loved being with his family and most important to him were his grandparents. He shared his knowledge of hunting and fishing with his nephews and loved to take them to them to the mountains. He was a hard worker and had worked construction. Dylan is survived by his mother of Santaquin; sister, Shelsee (Eric) Davis of Magna; brothers, Josey and Kenyon of Santaquin; his grandparents, William R. and Ruby A. Kaletta of Santaquin; five nephews and two nieces. He was preceded in death by his father and grandparents, Don and LaVois Kirk. Funeral services will be held Saturday, September 15th at 11:00 a.m. in the Santaquin 9th Ward, 545 North 200 East. Friends may call at the Holladay-Brown Funeral Home, 66 South 300 East, Santaquin, Friday 6 to 8 p.m. and Saturday at the church one hour prior to services. Dylan was deeply loved and will be greatly missed.

To order memorial trees or send flowers to the family in memory of Dylan Kirk, please visit our flower store.