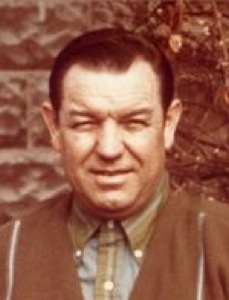 Earl Lynn Wilson, 86, of Elk Ridge, passed away early on July 12, 2007. He was born April 5, 1921 in Payson, Utah the fourth of six children born to Robert Lorenzo and Anna Marie Schwartz Wilson. Lynn graduated from Payson High School and went on to graduate from the University of Utah as a Mechanical Engineer. He was one of the pioneers of our manned space program involved in all the early stages of rocket development. Some of his key accomplishments included working as one of the main propulsion engineers for the Saturn/Apollo Lunar program and also as a chief design engineer on the Skylab and the Delta Missile Programs. He married his high school sweetheart, Jewel Chatwin, on June 28, 1944. She preceded him in death. Lynn and Jewel were blessed with three children, Ron (Peggy) Wilson, Lynnette (Dennis) Bogart and Brian Wilson. His children meant a great deal to him. He was also blessed with four grandchildren, Steven, Jeff, Robert and Laura, and three great grandchildren. Lynn had a great deal of knowledge in many areas and could build or fix almost anything. In his spare time he enjoyed working with his hands and he was a master builder when it came to any project he undertook. His family and close friends will remember him for his love of the mountains and the outdoors of Utah, the great stories he would tell, and for his tender and generous heart. A memorial service will be held Monday, July 16th at 11:00 a.m. in the Payson 3rd Ward Chapel, 191 North Main, under the direction of Holladay-Brown Funeral Home, Santaquin.

To order memorial trees or send flowers to the family in memory of Earl Wilson, please visit our flower store.