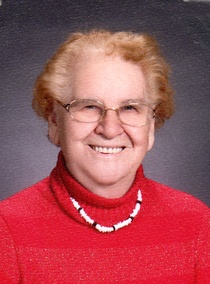 She was born August 6, 1926 in Barberton, Ohio the daughter of the late Chester and Estella Mae Bond Workman.

In addition to her parents she was preceded in death by her husband: William R. Brost; infant daughter: Edith Mae Brost; two brothers: Everett and Gerald Workman and one sister: Martha Swisher.

Funeral Liturgy with Mass will be celebrated at a date to be announced at Sacred Heart Catholic Church, Neffs, Ohio.