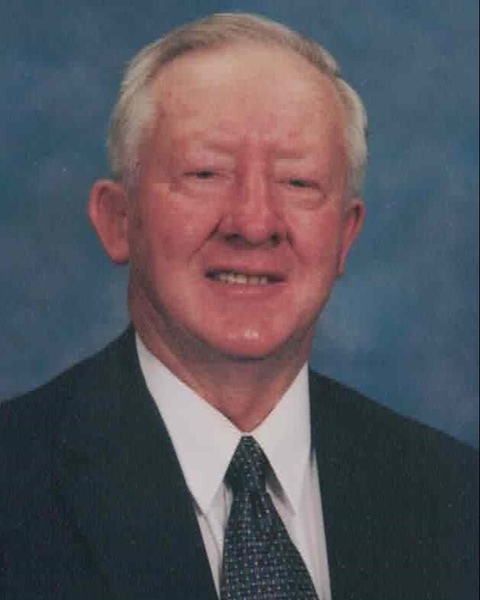 Edward Lloyd Wilkey, Jr. passed away at the age of 86 on September 29, 2022 at his home in Santaquin, Utah.  Lloyd was born October 3, 1935 in Nephi, Utah - just as the alarm went off at 6 a.m. - to Edward Lloyd Wilkey and Delta Carter Bird Wilkey.  He grew up in Nephi and graduated from Juab High School.

Lloyd served a mission for The Church of Jesus Christ of Latter-day Saints to the Hawaii Mission from 1955 to 1957.  Hawaii held a special place in his heart; he revered the native language, culture, and people.  After his mission he was set up on a blind date with the cutest girl from the town of Moroni.  On March 11, 1960 he and Annetta Agnes Green were married in the Manti Utah Temple.  Lloyd and Annetta were blessed with eight children.

Lloyd worked for the United States Postal Service for more than 30 years until his retirement. He was a hard worker, running the family farm in Benjamin, Utah. After living in Benjamin for 50 years, Lloyd and Annetta sold their small farm and moved to Santaquin, Utah.

After retirement Lloyd and Annetta served in the Lansing, Michigan Mission.  Serving a mission with his wife was one of the highlights of Lloyd’s life.  He and Annetta grew to love the missionaries and the people of Michigan.

Lloyd loved raising animals, growing a beautiful garden, and reading.  He had a strong testimony of the restored gospel and always looked forward to General Conference. Most importantly, he was an example to his children, grandchildren, and great-grandchildren of service, gentle strength, integrity, honesty, hard work, and what it means to live a Christ-like life.

Lloyd was preceded in death by his in-laws Clyde and Clarissa Green, his parents Edward and Delta Wilkey, his siblings and their spouses: Edward (Phyllis) Bird, David Bird, Marjorie (Merle) Warren, and Alta (Carnell) Bettridge.

Our family would like to thank Canyon View Hospice for the kind and caring compassion they gave to Dad.

“Where I have quit the mortal shore and mosey around the earth no more.  Don’t mourn, don’t weep, don’t sigh, don’t sob, I may have struck a better job.”

To order memorial trees or send flowers to the family in memory of Lloyd Wilkey, please visit our flower store.