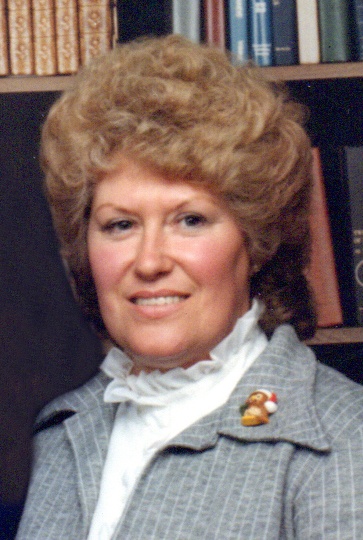 Elizabeth Fay Holland passed away peacefully on July 11, 2017.  She was born to Mary Alma Rowland and Morton Casper Haskell on April 3, 1940.  She grew up in Monterey Park, California with her sisters Ann, Sue, Mickey and Elaine.  Fay and Wayne met on a double date while Wayne was serving in the military. They were married June 24, 1955 in Temple City, California. Together they raised two sons while living in Southern California.

Fay loved being a wife and mother and was involved with her children's activities by serving as PTA president, Cub Scout Den Leader and president of the booster club. Fay also served faithfully in her church callings. She enjoyed teaching in Relief Society and teaching youth and children.

Fay loved others and often gave of her talents and time to be of service.  She was a gifted artist and was happy to share this talent by drawing and painting posters for others. It was important to Fay that her family knew of her love for them. She was welcoming and expressed her love to others by sharing her heart and home. While raising their family Wayne and Fay opened their home to exchange students and made them part of their family.  Fay believed that everyone could use a hug and everyone could use a meal, so feeding others and giving hugs were some of her defining qualities.

Fay's beautiful smile and loving soul will be missed but her influence will remain with us and continue through the legacy of her family.

Survived by her husband of 62 years Robert Wayne Holland, two children, Robert (Carla) and John (Susan), 9 grandchildren and 8 great grandchildren, and a sister Ann (Ken) Gatlin. She was preceded in death by her father and mother, sisters Sue Dunphy, Mickey Kammert and Elaine Booher.

We would like to thank her ward family, many friends and neighbors for giving of themselves and for loving, serving and helping.  Thank you to Seasons of Santaquin, Richard and staff, Horizon Home Health and Hospice for their genuine love and care of our beautiful mother, grandmother and wife.

To order memorial trees or send flowers to the family in memory of Elizabeth Fay Holland, please visit our flower store.