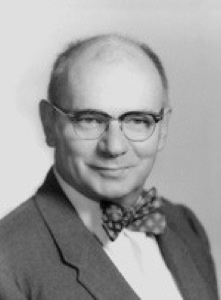 Ernest Lynn Helbing, known to all his friends as "Bing" passed away Thursday, February 5, 2009 at the age of 95. He was born November 7, 1913 in Hannibal, Missouri to Joseph Ernest and Ruby Marie Englehardt Helbing.

In 1934 he married Jaunetta May Walker. They had a son, Lynn, and a daughter, Marilyn. While residing in Hannibal, he worked at the International Shoe Company as a shoe cutter, cutting leather parts to be made into ladies shoes. During WWII, he worked in a defense plant manufacturing tools for the war effort.

Bing moved his family to San Bernardino, California in 1947 where he became a journeyman carpenter and used those skills to build his own home. He was also a semi-professional photographer specializing in wedding photos. In 1973 he and his wife moved to Payson, Utah where he built his own home for the second time. He enjoyed beekeeping and annually tended a large garden. He was an active member in the LDS Church and served many years in the Provo Temple Baptistry.

Bing is survived by his son, Ernest Lynn Helbing, Jr. of Chino, California, 7 grandchildren and 23 great grandchildren. He is preceded in death by his wife, Jaunetta, and his daughter, Marilyn Reynolds, of Provo.

Funeral services will be Wednesday, February 11th at 11:00 am at the Payson West Stake Center, 730 West 500 South, where friends may call one hour prior to services. Interment, Payson City Cemetery, under the direction of Holladay-Brown Funeral Home, Santaquin. Condolences may be sent to the family at www.holladaybrown.com.

To order memorial trees or send flowers to the family in memory of Ernest Helbing, please visit our flower store.