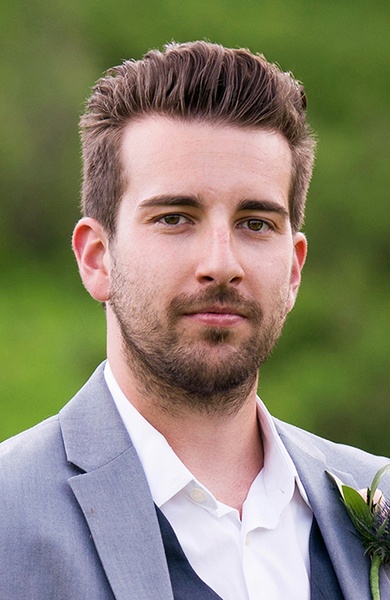 On January 20, 1990 Ethan arrived so quickly that he was born at home. Ethan enriched the lives of everyone who was close to him.

Ethan has always loved drums and music (following in his older brother's and his uncle Greg's footsteps). In high school he was in the band, percussion section, playing tenors, snare, and marimba. In his senior year he tried out and was elected Captain of the drumline, a position that he took very seriously.

Ethan was always a very disciplined child--waking up on his own to get ready for school and doing his homework first thing when he arrived home. He took piano lessons at a very early age, was on the swim team at the Y, and loved taking tae kwon do! But his favorite thing was speed skating. He loved the inline skate races and also the quad skate dancing. He was a natural dancer, on or off skates!

Ethan has always loved cars, motorcycles and anything with an engine that went fast! After graduation from Mesquite High School in 2008 his passion for engines lead him to a 5 year career at Audi, and most recently with Tesla.

In February of 2012 friends insisted he join them at a super bowl party where he discovered the love of his life, Jessica. During their time as a young couple they shared many exciting adventures together and lived life to the fullest. They were married on June 10, 2016 in beautiful Utah, where they settled in January 2017.

Ethan will always be remembered for his wonderful, sometimes sarcastic, sense of humor, his great laugh, his warm heart, his work ethic, his dancing ability, his great sense of style, his love of cars, adventure, travel, and his integrity as a man and a friend.

Ethan accepted Christ when he was 16. We thank God for having blessed us with the masterpiece of Ethan Bessent, and for the short time that we all benefited from Ethan, our loss is heaven’s gain.

As God's Word says in John 14, " Let not your heart be troubled: believe in God, believe also in Me. In My Father's house are many dwelling places; if it were not so, I would have told you; for I go to prepare a place for you."

Ethan is preceded in death by his grandparents Bill and Arlene Owens, grandparents DeWit and Lorraine Bessent, uncles Doug and Greg Owens. Ethan is survived by his loving wife Jessica Lynn Bessent; his adoring mother, Diane Owens; his 3 older Walker brothers, Zane, Sam, and Dylan, his half brother, Les Bessent; and many, many friends and relatives.

To order memorial trees or send flowers to the family in memory of Ethan Bessent, please visit our flower store.